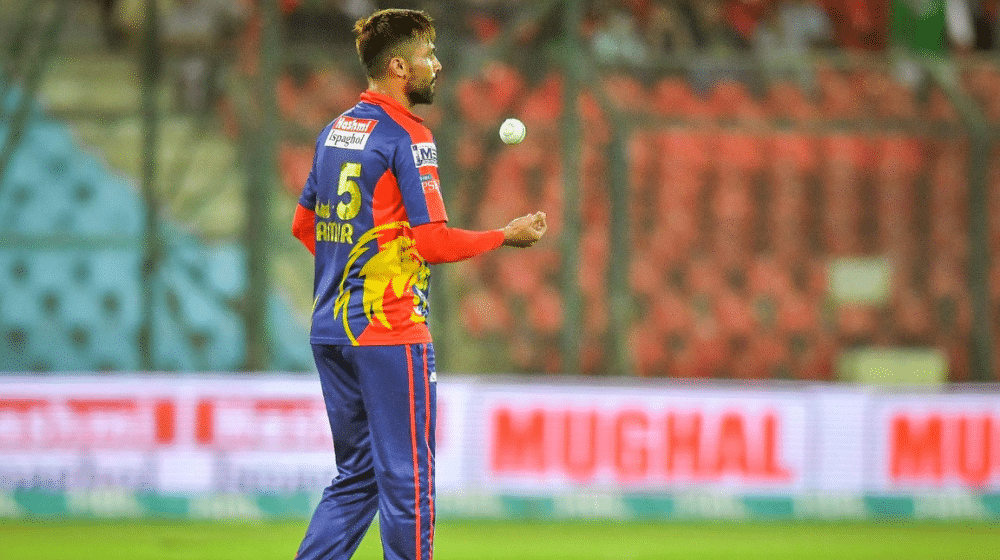 Mohammad Amir has been one of the finest bowlers in PSL since its inception in 2016. He is the third-highest wicket-taker in the tournament with 53 scalps to his name and was influential in Karachi Kings maiden title-winning run in PSL 5. His team currently sits 3rd on the PSL points table.

Amir announced himself on the big stage in the 2009 World T20 and one year later, he bowled a 5 wicket maiden final over in the next edition of the mega event.  Two of these were runouts, however, three wickets belonged to Amir.

Scenes Get Ugly as Lahore-Karachi Rivalry Takes a Bad Turn

Mohammad Amir is the spearhead of the Karachi Kings bowling unit, and Karachi relies on him to set the tone. He has not been disappointing so far and looked firm to continue his run in the match against Lahore Qalandars on Sunday at National Stadium Karachi.

Amir looked set to dismantle the batting unit of Lahore Qalandars and took a wicket in his first over of the innings. His first three overs went for 14 runs before David Wiese took him to the cleaners in the penultimate over of the match. Wiese struck him for three boundaries and one huge six, scoring 20 runs off his final over. This was the first time in the history of PSL that Amir conceded 20 runs off an over.

Before today Amir had never conceded 20 off an over in PSL. #LQvKK

Amir recently retired from all forms of international cricket. He has been vocal against the current national team management and said that he has been mentally tortured. Team management, on the other hand, said that Amir was dropped from the team because he did not warrant a place after a string of underwhelming performances.

Amir will be hoping to bounce back and prove his doubters wrong, who have been criticizing his displays of late. His form will be a worrisome sign for Karachi Kings as they look to defend their PSL title.