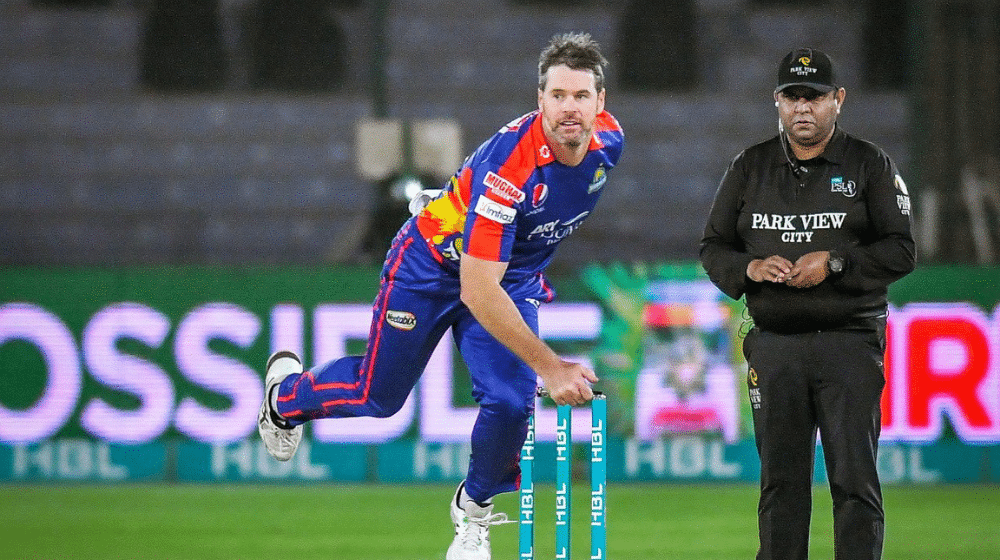 Karachi Kings’ Australian all-rounder, Daniel Christian, has bowled the most expensive over in the history of PSL. Christian conceded 32 runs in the last over of the innings in the ongoing match between Peshawar Zalmi and Karachi Kings. Karachi will have to chase down a target of 189 in order to climb up the PSL points table.

All-rounder, Amad Butt, took Christian to the cleaners in the last over, hitting him for two huge sixes and three boundaries. The over also included five wides as the wicket-keeper failed to collect the ball on a wide bouncer. The final over of the innings shifted the momentum towards Zalmi as they managed to score 188 for the loss of five wickets in their 20 overs.

The previous most expensive over in PSL history also belonged to a Karachi bowler. Aamer Yamin conceded 29 runs in the match against Islamabad United in PSL 6.

Up until the last over, Karachi had managed to put the breaks on the Zalmi batsmen and looked set to restrict them to a manageable total but Christian’s last over might have turned the tide. In the first 12 matches of the competition, no team has been able to defend their total. With the chasing team winning all the matches, Peshawar will be hoping to be the first team to change the trend.