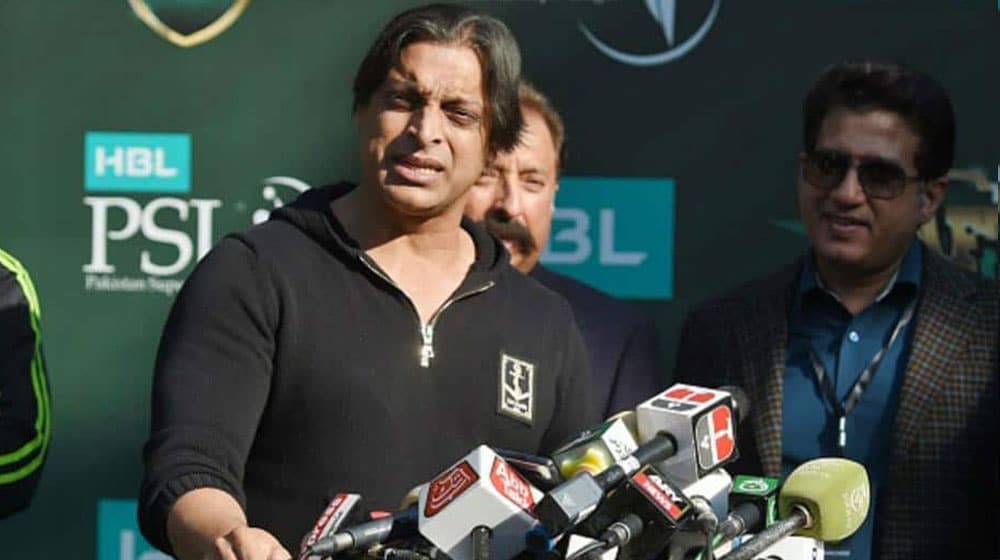 Former Pakistan fast bowler, Shoaib Akhtar, has expressed his anger and disappointment over the postponement of the Pakistan Super League (PSL) due to the COVID-19 outbreak.

The medical panel should be punished and I request the higher authorities to intervene because they played with the lives of the people.

However, Akhtar said that the CEO Wasim Khan is being made the scapegoat and that he is the only person running the matters of the board.

All the blame has been put on Wasim Khan and he has been asked to face everything. Who has brought Wasim Khan? Ehsan Mani (brought him). Where is Mani sahab? Is this the responsibility of Wasim Khan to answer here? Ehsan Mani should give the answer.

WI V SL: Pollard Hits 6 Sixes in an Over Against A Bowler Who Just Took a Hat-Trick [Video]

He turned all guns blazing towards the PCB Chairman for not taking the responsibility for damaging the reputation of Pakistan and ruining the PSL.

He urged the higher authorities and the Prime Minister to look into the matter. It is worth mentioning here that a member of the Public Accounts Committee of the National Assembly has already demanded the duo to step down from their posts.