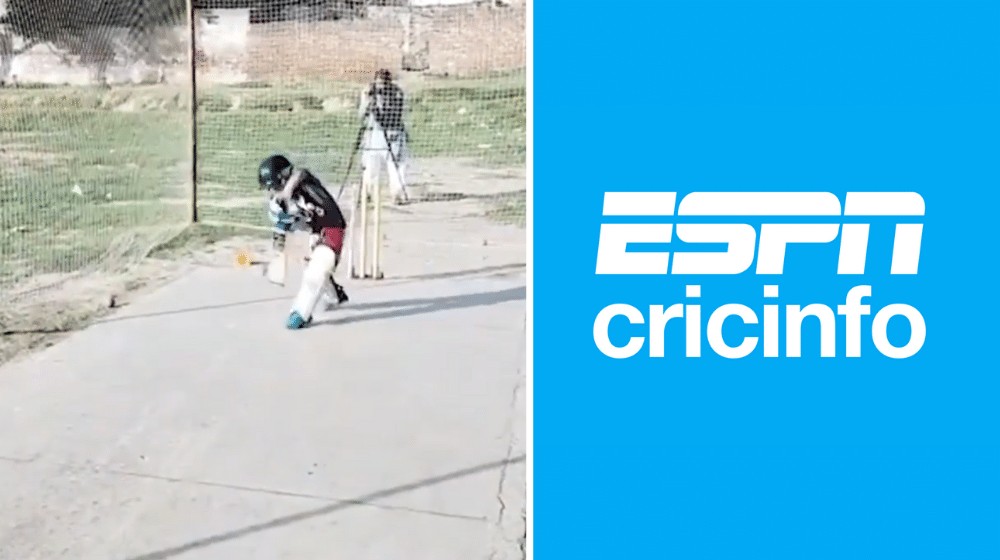 A six-year-old kid from Lahore, Gohar Liaqat, is making the rounds on social media for his exquisite batting skills in the nets. Liaqat’s strokeplay and technique left the social media in awe, and even international cricketers were impressed by the skills of the six-year-old.

According to Liaqat’s coaches, he practices each day for at least three hours at the Mughalpura Cricket Club, and his technique is highly impressive for a six-year-old. His ability to play strokes all around the ground has also left his coaches in awe of the talent he possesses.

The video of the practice session was originally posted across social media platforms by renowned cricket journalist, Qadir Khawaja. The video was re-uploaded by popular cricket website, ESPNcricinfo, on their Twitter account.

The tweet garnered over 11k likes and 1k retweets as the cricketing fraternity was left speechless at the amazing talent. The former Pakistan captains, Sarfaraz Ahmed, Azhar Ali, Rashid Latif, and Mohammad Yousuf, also took notice of the video.

Asad Umar commented, “Next Babar Azam is being trained.”

Wish you all the best lit master Masha'ALLAH https://t.co/7IfJl54M8t