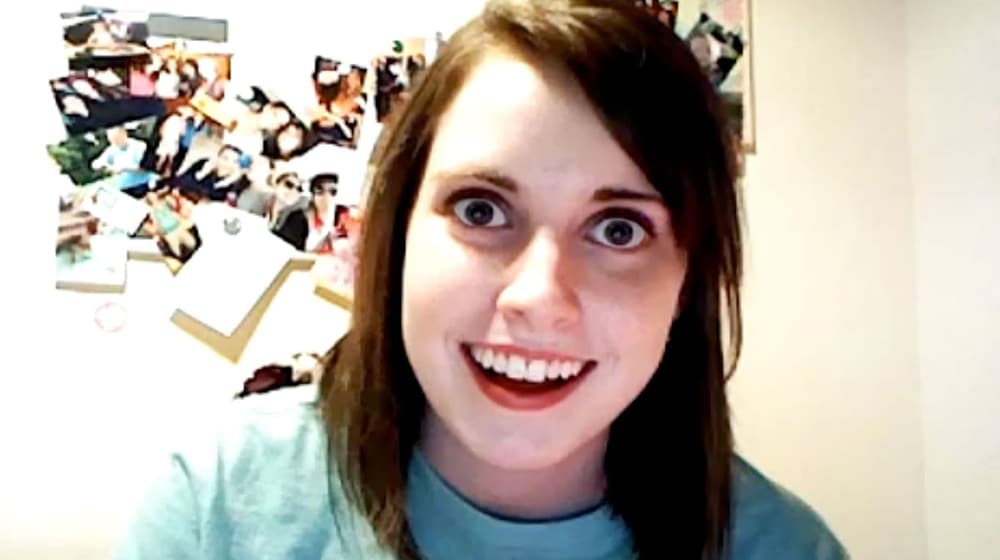 The once viral and famous Overly Attached Girlfriend meme was recently sold by the creator of the meme, Laina Morris, to a Dubai-based company called 3F Music.

Sold for 200 ETH, roughly equivalent to $411,000 worth of cash based on Ethereum tokens, it has thrown Twitter in fits.

For those who don’t know, the ‘Overly Attached Girlfriend’ meme originates from the meme creator’s parody of Justin Bieber’s the-then hit single ‘Boyfriend’, which was released in 2012.

In the parody video, Laina Morris ‘highlighted’ that,

I’ll always be checking up on you / Hey, boy, who you talking to? / Spend a day with your girl, I’ll be calling you my husband

The meme creator always had a weird relationship with the reactions she received from netizens on Twitter and Facebook.

I'm always amused by the @OvrlyAttachdGF tweets. Then I realize my face is associated with it and I'm slightly disturbed. Still awesome.

But now, things have changed quite a bit, with markets for non-fungible tokens (NFTs) formed which allow any kind of ‘digital art to be cryptographically secured’ as collectibles to be sold for huge profits.

Now, Morris cannot prevent anyone from spreading this digital art, nor can the new owner. But it certifies the meme, something like a digital autograph of a once-viral Laina Morris.

You guys are INSANE. Thank you to everyone who bid and special thanks to @3fmusic 😳😭

Truly, you have no idea how this is going to change my life. I mean it. I am so incredibly thankful and also still just BLOWN AWAY.

While selling digital art through crypto doesn’t aid the crypto markets in any discernible way, the sale of memes including the ‘Overly Attached Girlfriend’ shows how people and companies around the world are getting comfortable with the idea of dealing in cryptocurrencies.