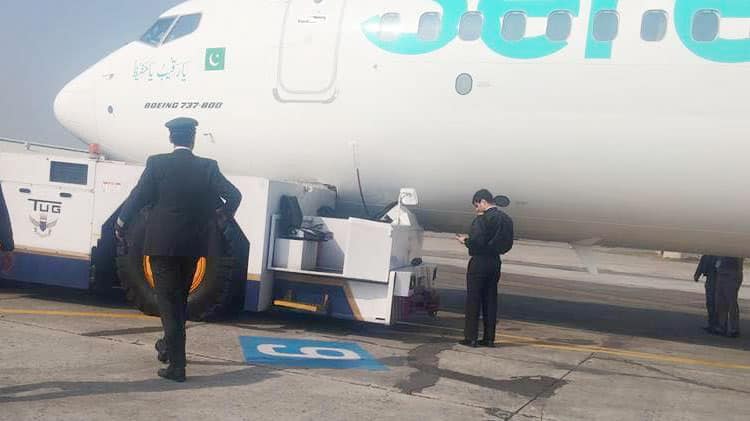 A SereneAir flight has made an emergency landing at Karachi’s Jinnah International Airport after developing a technical fault. The development came on Monday noon after the SereneAir’s Karachi-Islamabad flight, ER-502, returned to Karachi airport half an hour after taking off.

The airline issued a statement in this regard, saying that the plane developed a technical fault after takeoff, and the captain decided to land it back in Karachi after acquiring permission from the control tower.

The plane was landed back safely, and the passengers are being transported to Islamabad via another flight.

In December last year, a SereneAir aircraft had barely escaped disaster after being hit by a bird while landing at the New Islamabad International Airport (IIA).

Punjab to Open More Vaccine Centers to Speed Up Vaccination

The flight ER-500 from Karachi to Islamabad was positioned to land at the IIA when a bird hit the windscreen in front of the pilot, blurring his vision. The entire windscreen cracked with the impact of the strike, but the pilot landed the aircraft safely.