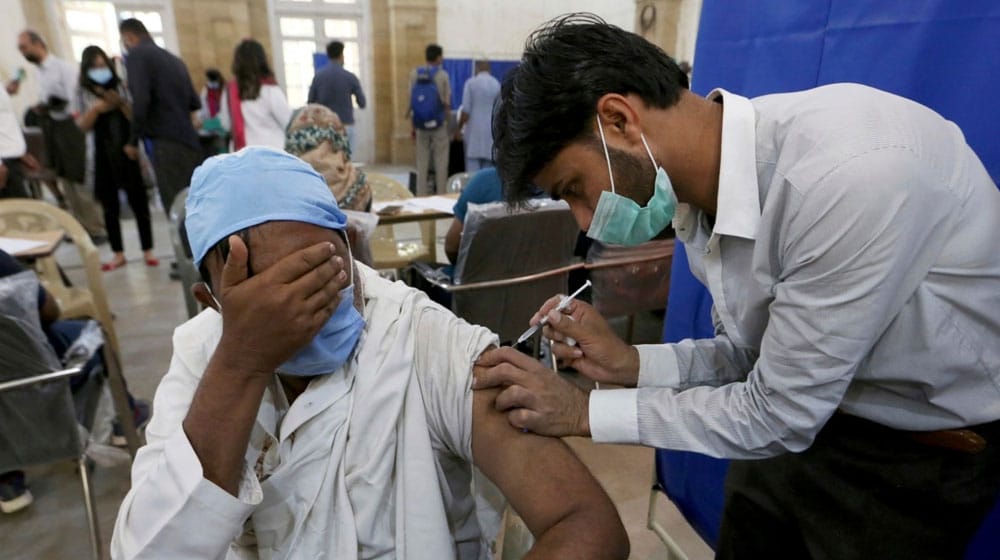 The Punjab government has decided to establish more vaccine centers across the province to speed up the COVID-19 vaccination drive. Currently, around 20,000 citizens are getting double-dose Sinopharm vaccine jabs at 126 centers all over the province.

The provincial capital, Lahore, has two facilities at Expo Center and Minar-e-Pakistan, vaccinating over 2,000 citizens daily.

However, on the recommendations of the National Command and Operation Center (NCOC), the provincial government has decided to open more vaccination facilities in big cities, including one at the Pakistan Kidney and Liver Institute in Lahore.

Lahore’s two vaccination facilities still possess around 75,000 vaccine doses, while around 2,000 citizens are being inoculated daily.

This is beside the 20,000 vaccines available in the provincial stock to be used in case of shortage due to any mismanagement, theft, or expiry.

We are starting the third phase of vaccination in the province, and registration of citizens above 50 years of age is underway. In the first phase, we started the vaccination of the front-line health workers, and the second dose of the vaccine is currently being administered to them.

He said that the vaccination drive is currently in the second phase, in which people of or above 60 and frontline health workers are now receiving the second dose in all the districts.

As per the data, around 130,500 healthcare workers in the province have received the first dose and about 68,000 the second dose of the vaccine.