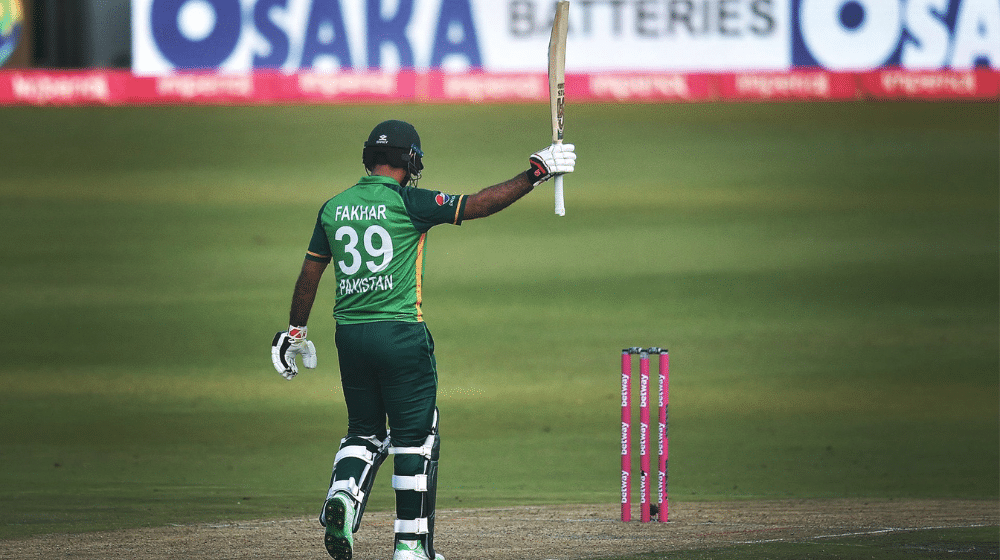 Pakistan’s opening batsman, Fakhar Zaman, has disclosed that veteran all-rounder, Mohammad Hafeez, gifted him the bat which he used during the ODI series against South Africa.

The left-handed batsman was central to Pakistan’s success in the ODI series against the Proteas. He scored 302 runs in three matches which included two centuries, earning him the “Player of the Series” award.

While speaking with media virtually, Fakhar said “the bat I used during the series was gifted by Hafeez. He has always supported me and every senior cricketer should learn from him on how to treat junior cricketers.”

He added that “Hafeez has always supported and guided me during the Pakistan Super League (PSL) tournament as well.”

I worked hard even during the rough patch which is why I was able to make a strong comeback. I would like to thank everyone who supported me when I was out of form.

He seemed confident heading into the four-match T20 series after winning the ODI series against the Proteas in South Africa.

Winning the ODI series against South Africa in their backyard is a big achievement and a morale booster for the entire team. Hopefully, we can carry this momentum in the T20I series as well.