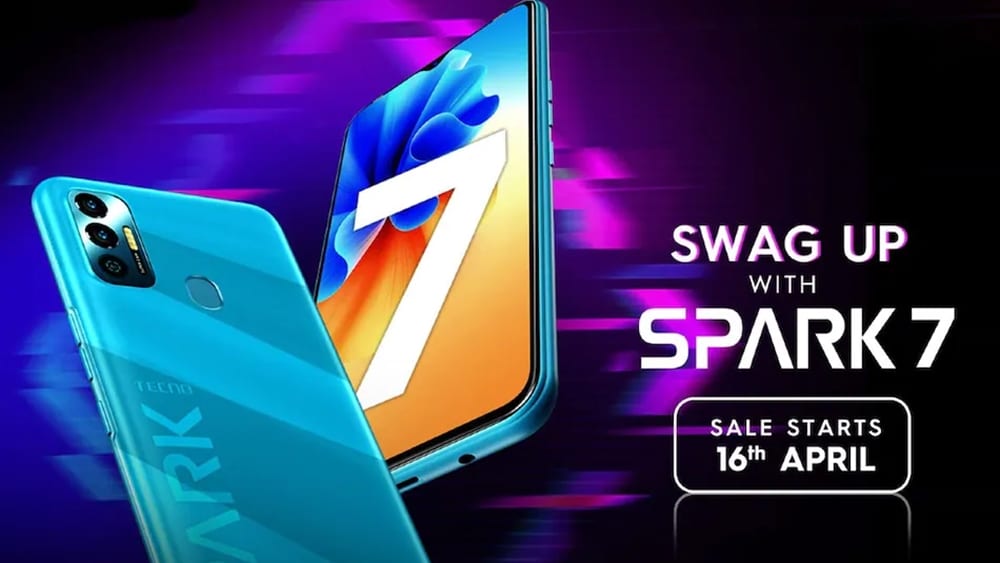 In September last year, Tecno launched the Spark 6 with an Helio G70 SoC, a 6.8-inch display, and a quad-camera setup for PKR 20,599 in Pakistan. Now, the company is has launched its successor, the Tecno Spark 7 with a slightly smaller display, tall aspect ratio, a large battery, and Android 11. However, overall the phone seems like a slight degradation over its predecessor.

Unlike its predecessor that had cameras with a circular camera bump, the Tecno Spark 7 houses its dual-sensor camera on a metallic-looking rectangular aisle. The fingerprint sensor is mounted on the back. The handset is built around a 6.53-inch IPS LCD display with 720p resolution, 20:9 aspect ratio, a standard 60 Hz refresh rate, and 480 nits of peak brightness.

OnePlus Nord LE Launched: The Phone You Can Get But Cannot Buy

Internally, the handset is powered by the MediaTek Helio A25 SoC topped with 2 GB or 3 GB of RAM and 32 GB or 64 GB of onboard storage.

It runs Android 11 OS with the HiOS 7.5 UI on top. Connectivity options include 4G VoLTE, Wi-Fi, Bluetooth v5.0, GPS/ A-GPS, Micro-USB, and a 3.5mm headphone jack. As far as the sensors onboard are concerned, the phone comes with an accelerometer, ambient light, proximity sensor, and a rear-mounted fingerprint sensor

Around the back, the phone sports an AI-powered 16-megapixel dual-camera system with an LED flash. For selfies and video chats, the Tecno Spark 7 has an 8-megapixel selfie camera sensor at the front, with an f/2.0 lens. The selfie camera is also backed by an LED flash.

The whole package is fueled by a whopping 6000 mAh battery with 10W fast charging.