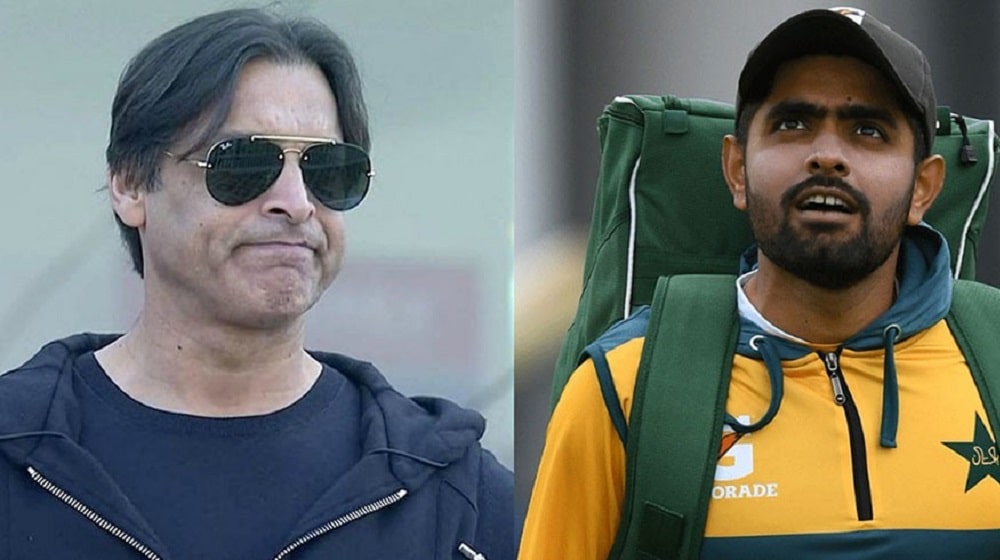 Former Pakistan fast bowler, Shoaib Akhtar, is not happy with Babar Azam’s sluggish batting display in the second T20 that cost Pakistan the game on Monday.

Babar, who had been holding one end and at a time when wickets were clattering at the other, was bowled by Magala after scoring 50 runs off 50 balls at the Wanderers on Monday.

His innings was the second slowest fifty by a Pakistani batsman after Shoaib Khan’s 50 off 51 balls against Zimbabwe in 2008.

Akhtar, while criticizing the skipper for his slow-paced innings, advised him to improve his strike rate. Analyzing the game on PTV Sports, the former pacer said:

Our batsmen need to think [about] whether their style of batting and strike rate is good enough for this format. If you give 50 balls to Chris Gayle, Virat Kohli, or Aiden Markram, what will they do, and what did Babar do?

He compared Babar’s innings with that of Markaram’s, who continued to play his natural game despite the fall of wickets at the other end and scored 54 runs off just 30 balls to win the game for South Africa

“Babar is a great player, but 50 runs off 50 balls is not good enough.  You can’t go into your shell if wickets are falling at the other end. Babar can compare his innings to Aiden Markram’s innings. Wickets were also falling when Markram was batting, but he continued to play his attacking cricket.

Babar is a star player, so he needs to come forward and play attacking cricket, Akhtar added.