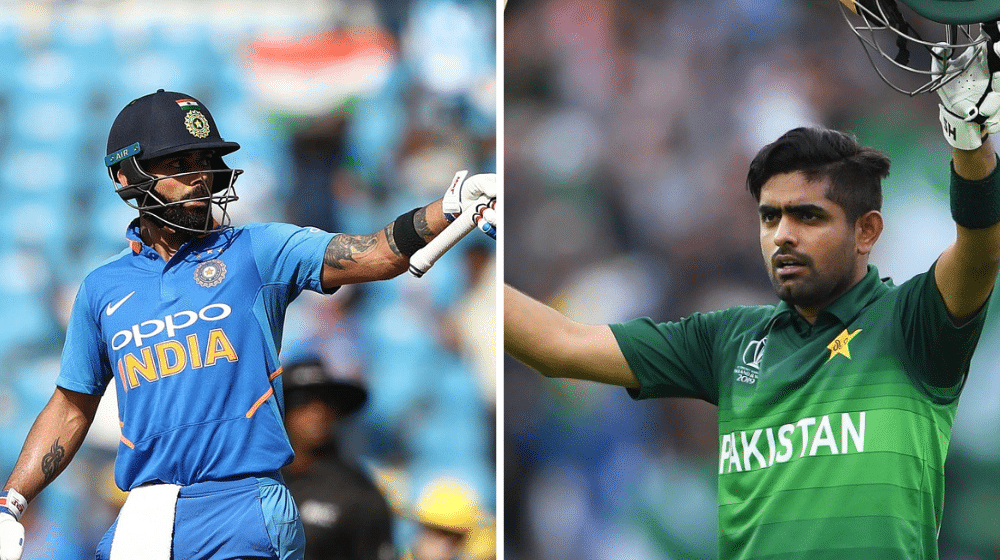 Babar Azam and Virat Kohli are two of the finest batsmen in world cricket today. Both the batsmen have had quite similar career paths, and currently, they are the only two batsmen in the world who are ranked within the top ten batsmen rankings across all formats.

It’s My Dream to Be As Consistent as Viv Richards and Virat Kohli: Babar Azam

Babar has been in a rich vein of form recently, and his terrific performances against South Africa in the ODI series propelled him to the top of the ICC ODI batsman rankings, surpassing the Indian captain, Virat Kohli. The Indian skipper had held the number one spot for almost four years.

The comparison between the two batsmen has been a hot topic in the cricketing fraternity in the two nations, and the latest rankings update has sparked the debate yet again.

While Babar has overtaken Kohli in the ODI batsman rankings, he is still one position behind Kohli in the Test rankings. Kohli is two positions behind Babar in the T20I rankings.

Babar Reveals How Kohli Helped Him Become A Better Batsman

However, the main difference between the two players is not playing ability but age and experience. Babar is only 26-years old and has only played 80 ODIs, while Kohli, on the other hand, is 32-years old and has played more than 250 ODIs. The fairest comparison would be to have a look at the stats at the same stage of their careers.

ODI record at the age of 26 years:

Overall record across all formats: