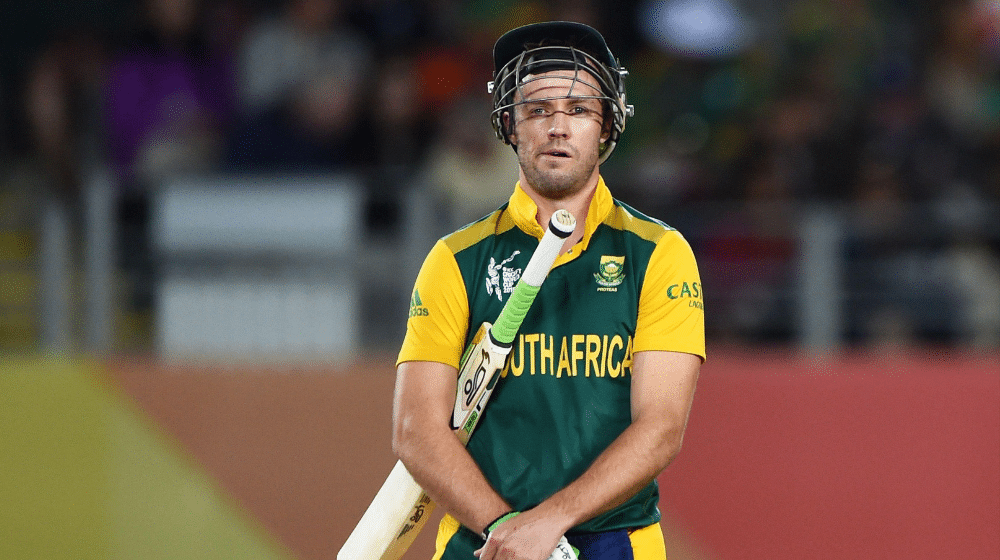 Cricket South Africa (CSA) has announced that former star player, AB de Villiers, will not be returning from international retirement to take part in the upcoming ICC T20 World Cup. CSA had previously hinted that de Villiers may be in line for a comeback to the national side after a gap of 3 years.

AB de Villiers himself was also hopeful of making a comeback to the Proteas squad but after a lengthy discussion with the CSA officials it has been decided that there is no chance of a comeback.

CSA announced that de Villiers has decided ‘once and for all, that his retirement will remain final’, crushing the hopes of millions of South African supporters who had wished to see him put on the national jersey one more time.

Mr. 360, is arguably South Africa’s greatest limited-overs batsman, and his retirement back in 2018 left a huge hole in the South African batting unit, something they have not been able to fill to this day.

de Villiers represented the Proteas in 228 ODIs, 78 T20Is, and 114 Test matches, in a career spanning 14 years. He is South Africa’s second-highest run-scorer in ODIs and T20Is, scoring over 9,000 and 1,500 runs in each format respectively.

Although de Villiers retired from international cricket three years ago, he has continued to play franchise T20 cricket, most notably for Royal Challengers Bangalore in the Indian Premier League (IPL). de Villiers has also represented Lahore Qalandars in the Pakistan Super League (PSL) and has previously participated in the Big Bash League (BBL), Bangladesh Premier League (BPL), and the Caribbean Premier League (CPL).