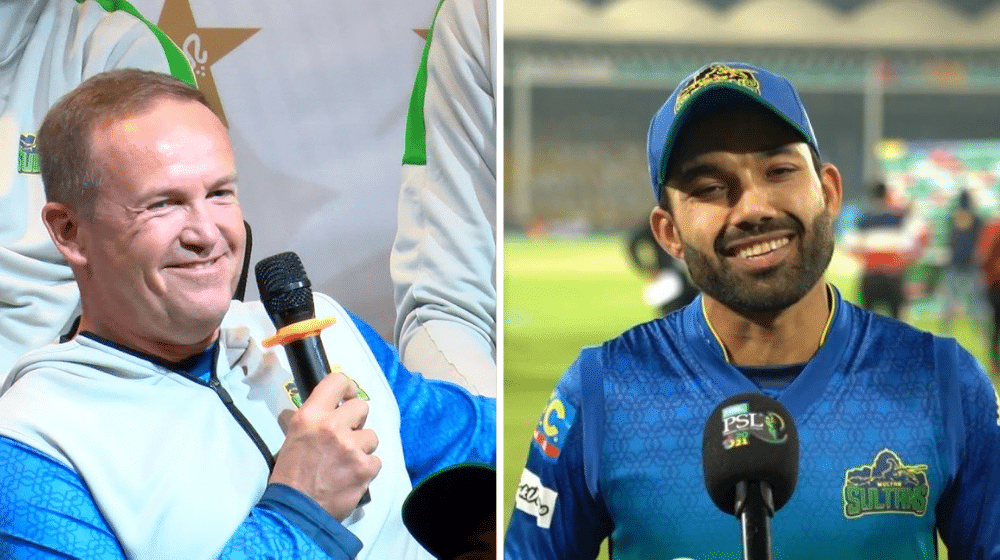 Multan Sultans head coach, Andy Flower, has lauded the captaincy of the wicket-keeper batsman, Mohammad Rizwan, and labeled him as brave and courageous. Flower said that Rizwan has proved his critics wrong by completely transforming his game and putting in the performances at the pitch.

He added that Multan has a good group of players and he is proud of leading the team along with captain Mohammad Rizwan.

Former Zimbabwean wicket-keeper batsman admitted that Sultans have a mountain to climb to make it to PSL 6 playoffs but was confident of a good showing in the Abu Dhabi leg of the tournament. Multan currently sit at the fifth spot after winning only one match out of five.

Flower added that they need to work on their wicket-taking abilities and improve their death bowling if they want to make it to the top four. He said that the team is relaxed and there is no pressure on the players as the cricketing fraternity does not expect them to qualify for the play-offs, which can work to their advantage.