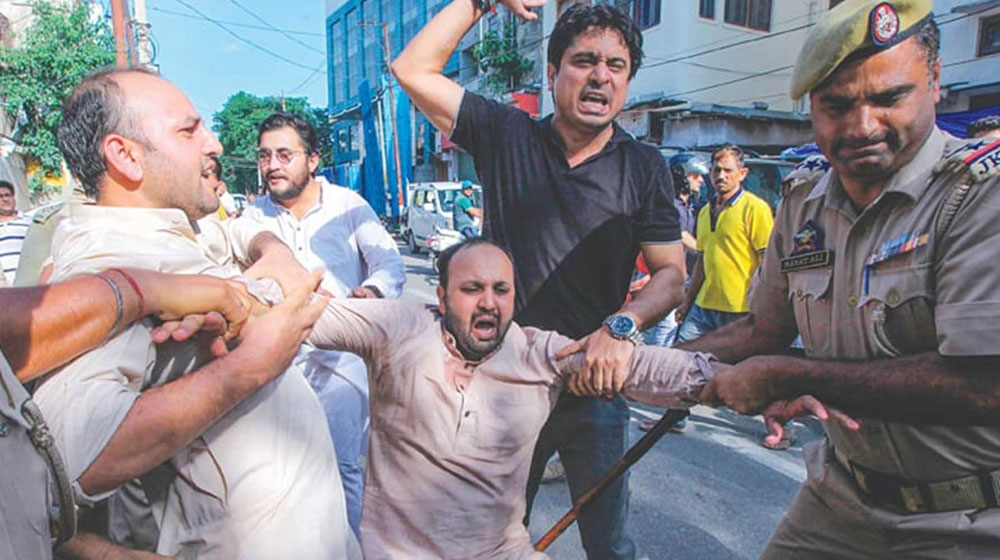 India has issued over 3.4 million fake domicile certificates to non-Kashmiris so far to change the demographic structure of Indian Occupied Jammu and Kashmir, according to Pakistan’s Foreign Office.

During a weekly press briefing on Thursday, the spokesperson for the Foreign Office, Zahid Hafeez Chaudhri, said that India is continuing with its nefarious designs to disturb the demographic balance between Muslims and non-Muslims in the occupied valley.

India continues with its design to change the demographic structure of the occupied territory in clear violation of international law, including the 4th Geneva Convention.

He said that the people of IOJK have been facing an “unprecedented military siege, communications blockade, and suspension of fundamental freedoms” for almost two years.

“The lives and livelihoods of the Kashmiri people have been severely affected in the aftermath of India’s illegal and unilateral actions on Aug 5, 2019,” he said, referring to the day when the Modi-led government had revoked the special status of Jammu and Kashmir and split it into two union territories.

Furthermore, it had locked the region down, imposed restrictions on movements, arrested thousands of people, killed hundreds of innocent youth, enforced communication blackouts, and militarized the region, as stated by the rights group Amnesty International.

“India continues to employ rape, torture, degrading treatment, and killings of Kashmiri women as instruments of state terrorism in the occupied territory,” Chaudhri said on the anniversary of the rape and murder of two Kashmiri women, Aasiya and Nilofar Jan, in 2009.