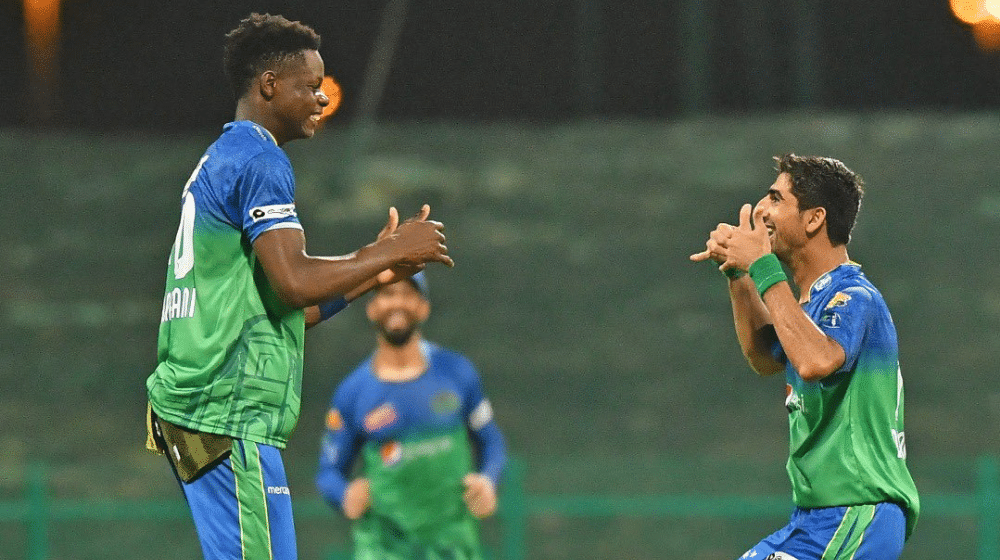 Multan Sultans registered a comfortable 8 wicket victory against Peshawar Zalmi and continued to make their way to the top four spot in the PSL points table. Peshawar on the other hand are in a precarious position after losing their fourth match of the tournament.

Peshawar’s batting line-up did not live up to their usual expectations and faltered their way to a defendable total of 166/7. Young pacer, Shahnawaz Dahani, picked up four wickets in a space of nine balls to put a dent in the batting unit of Zalmi and helped the Sultans restrict them to a low total.

Multan’s captain, Mohammad Rizwan registered his 10th half century of 2021 and along with Sohaib Maqsood helped Multan chase down the target comfortably.

Dahani was named as player of the match for his exceptional bowling spell.

Peshawar and Multan will battle it out to get a strong hold for the fourth play off spot. Peshawar currently sit third at the PSL points table, while Multan are fifth with four points on the board.

Peshawar breezed past Quetta in last night’s encounter and will be looking to name an unchanged starting eleven. Although they might look to rest Mohammad Irfan after the 39-year old played in two consecutive matches.

Multan were exceptional in their previous encounter as well, overcoming a strong Karachi side. Multan are also likely to enter the field with the same eleven.

Multan and Peshawar have encountered each other 7 times in PSL history. Multan have an upper hand over Peshawar, winning 4 and losing three. Peshawar will be looking to win the match and equal the head to head record.

Imran Tahir has been Multan’s frontline spinner and majority of their good performances with the bowl depends on the South African. Tahir will be looking to bamboozle the Zalmi batting lineup with his variety of leg-spin.

David Miller was exceptional in his previous match, this will be South African’s last match in this year’s PSL and he will be looking to make most of it and help Zalmi solidify their position for the top four.