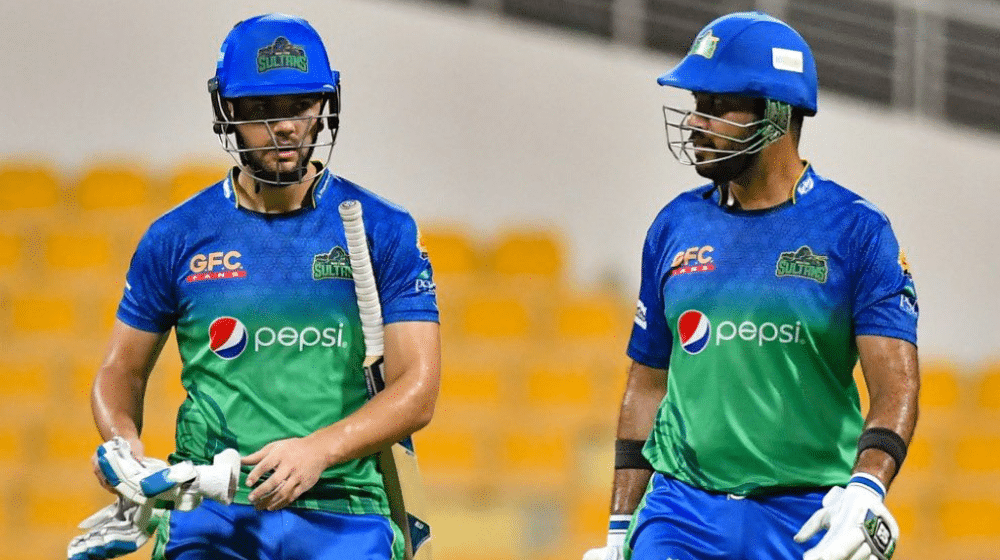 Multan Sultans registered the highest score in a PSL final, scoring 206/4 against Peshawar Zalmi in the PSL 2021 final. Multan broke the record of Islamabad United (175/4) in the first-ever PSL final.

Multan’s middle-order batsmen, Sohaib Maqsood and Rilee Rossouw scored blistering half-centuries and took the Zalmi bowlers to the cleaners to take the total past 200.

Here’s Everything You Need to Know About PSL 2021 Final

Rossouw scored his half-century off only 20 balls, equaling the record of James Vince for the fastest fifty by a Multan Sultans batsman. Maqsood, on the other hand, continued his red hot form and scored an unbeaten 65 off 35 balls, including six boundaries and three huge maximums.

Peshawar’s bowling had no answer for the brilliance of Multan’s batsmen and almost all bowlers were quite expensive, particularly captain, Wahab Riaz and all-rounder, Amad Butt. Both finished with figures of 52/0 in their four overs.

Zalmi will have to pull off an amazing run chase to win their second PSL title, while Multan will be feeling confident about defending their huge total and win their first-ever PSL title.