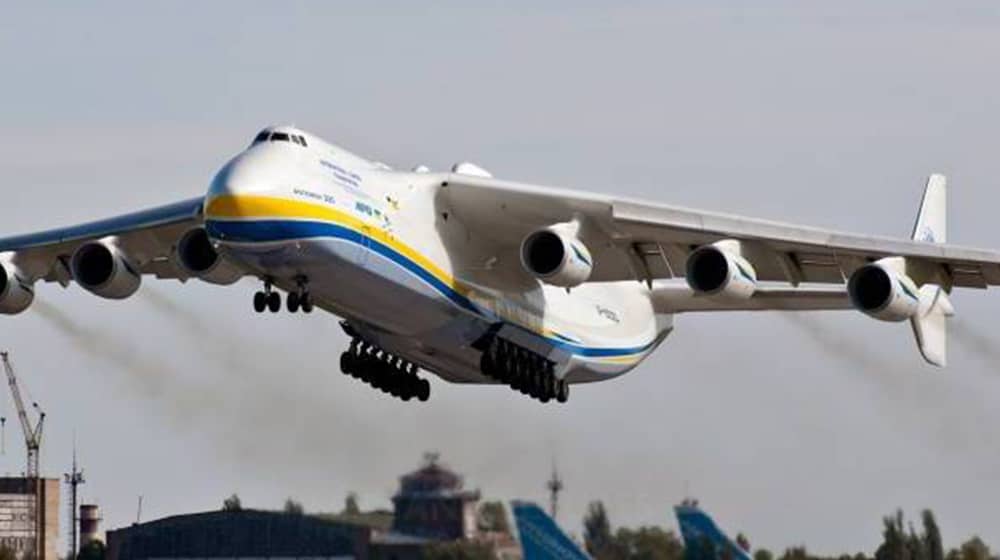 Aviation authorities told reporters that the old Soviet-made plane had made a technical stopover at the airport for at least 21 hours before heading towards Cotswolds, England. While landing, the giant aircraft had made a stellar show of its size, prompting the citizens of Karachi to share photographs and videos of it on social media.

The flight was a part of the NATO forces’ withdrawal process, with the cargo belly carrying military equipment and foreign soldiers from war-torn Afghanistan.

The strategic cargo aircraft had been built during the Soviet era in the mid-1980s, and was flown for the first time in 1988. Boasting a wingspan the size of a football field, including 32 wheels and 6 turbofan engines, the Antonov An-225 Mriya aircraft is capable of lifting 700 tons worth of weight on a full tank.