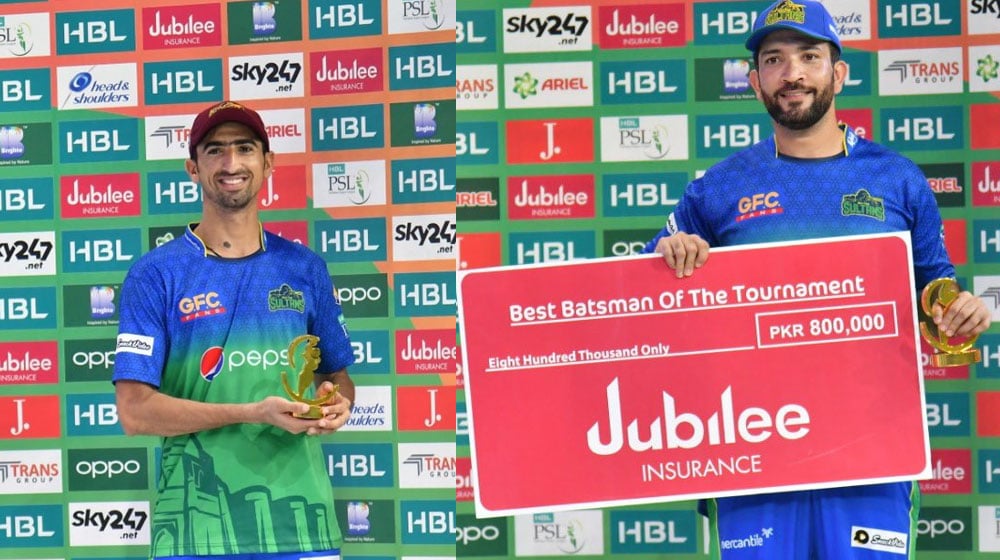 The team that was once on the bottom of the points table, turned it around in the Abu Dhabi leg and ended up winning the tournament, on the back of some magnificent performances.

It was a total team effort that helped them win against all odds, something that was evident in the awards ceremony as a huge chunk of individual awards went to Sultans players.

A tournament to remember capped off with an iconic performance in the final.

Mohammad Rizwan, the man who led Multan Sultans from the front and always believed in his team, even when they were reeling at the bottom of the table, was picked as the best wicketkeeper of the tournament. Notably, Rizwan was the second-highest run-getter after Babar Azam and became the only second batsman after Babar to score 500 runs in a PSL season.

One of the most in-form cricketers in the world right now, it was no surprise that @iMRizwanPak was the wicketkeeper of the tournament!#HBLPSL6 | #MatchDikhao | #MSvPZ pic.twitter.com/eHlrxEuW90

The only award that went out of Sultans squad was the best fielder of PSL 2021 that went to Islamabad United’s Iftikhar Ahmed. Since he had departed for Pakistan early after his side was knocked out of the tournament in the second eliminator, Shan Masood received the award in his place.