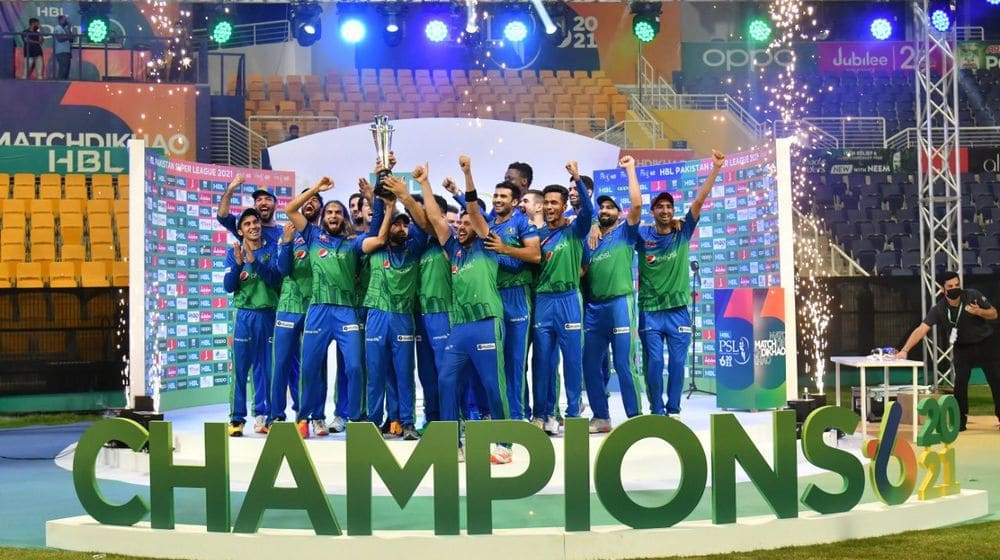 Multan Sultans completely outplayed Peshawar Zalmi in the final of PSL 6 and defeated them by 47 runs to win their first-ever PSL title. Multan pulled off an amazing comeback after recording only one win in their first five matches. They went onto win six out of the next seven as they lifted the coveted title.

Multan started off the match strongly with openers, Shan Masood and Mohammad Rizwan providing them with the perfect platform to score big. Middle-order batsmen, Rilee Rossouw and Sohaib Maqsood took charge of the situation and played scintillating knocks as Multan posted a huge total of 206/4, the highest total in PSL final history.

Zalmi batsmen had no answer for the magnificent bowling spell by Blessing Muzarabani, Imran Khan Snr. and Imran Tahir. Tahir took three wickets in the 17th over to end the resistance of Peshawar’s lower-order batsmen as Zalmi could only manage 159/9 in their 20 overs.