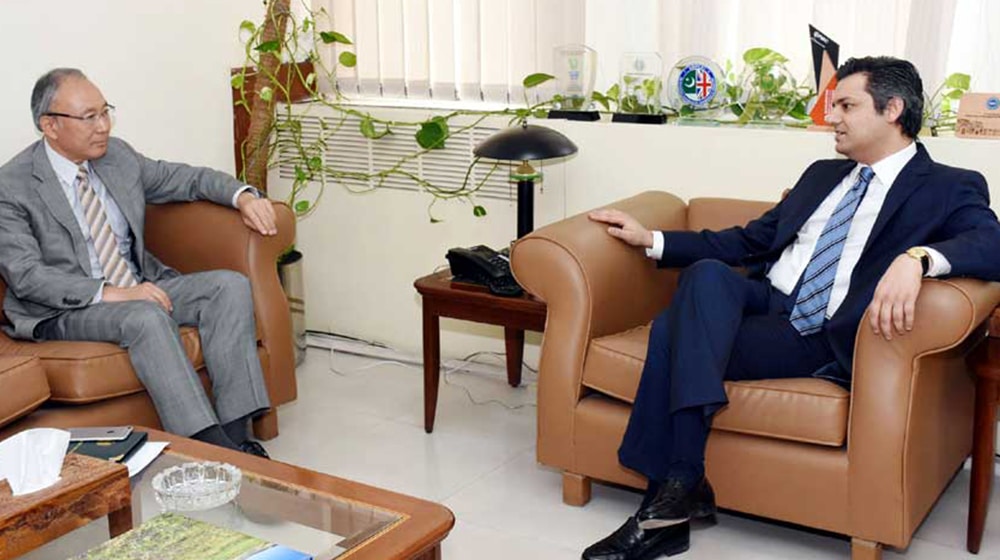 Pakistan is opening new areas for oil and gas exploration through competitive bidding that will push massive exploration activities in the country.

This was stated by Federal Minister for Energy Mr. Muhammad Hammad Azhar in a meeting with Ambassador of Japan, H.E. Mr. Kuninori Matsuda, today.

The Federal Minister said that international companies, including Japanese companies, must participate in the competitive bidding as they are vital for massive exploration targets. This would not only increase the local oil and gas productions but will also save a lot of foreign exchange now used for its imports, he added.

Mr. Hammad Azhar also apprised the Japanese Ambassador of the effective steps taken by the present Government in substantially minimizing the growth of Circular debt from Rs. 538 billion last to Rs. 177 billion this year, which has greatly contributed to restoring the confidence of investors. He said that due to the Industrial Support Package coupled with economic policies, electricity consumption witnessed a 15 percent increase compared to last year.

The Federal Minister, while reiterating Government’s strong commitment to further cement the existing ties between Pakistan and Japan, invited Japanese Companies to explore the electricity transmission and distribution system for their investment, which offers a good return on equity.

He also stressed Japan’s assistance for technical studies for the off-grid solution for areas like remote areas of Baluchistan.

He said that in October 2021, Japan would hold Asia Green Partnership Ministerial Meeting (AGPM). He invited the Minister for Energy to participate in the meeting, which was accepted with a note of thanks.