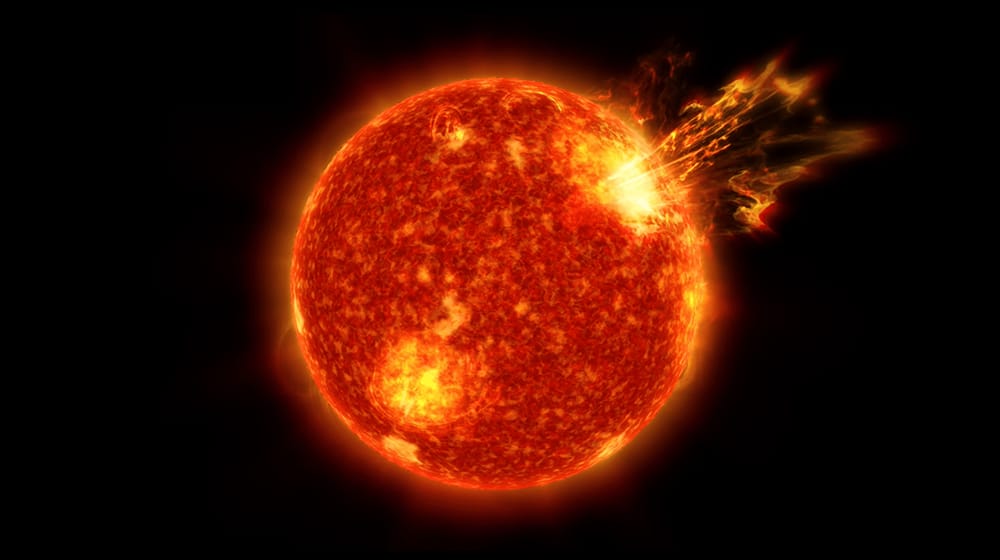 Millions of tons of super-heated gas shot off from the sun’s surface and hurtled 90 million miles towards the earth in May this year. Now, the eruption (called a ‘coronal mass ejection’) has evolved into a high-speed solar storm that is approaching the earth at a speed of 1.6 million km/h and is expected to hit the earth’s atmosphere tonight.

With the impact, the solar wind could reach speeds as high as 600 KM/s and cause geomagnetic storms and high altitude auroras.

Although invisible and harmless to life on earth, geomagnetic waves unleashed by solar storms can cripple power grids, jam radio communications, bathe airline crews in dangerous levels of radiation, and cause global trade to halt indefinitely.

The solar storm has resurfaced after seven years of relative calm, and is initially expected to hit satellites in the earth’s lower orbit where receivers for GPS, mobile signals, and television are usually monitored.

National Geographic had cleverly pointed out that the sun cycles between periods of storm and slumber “like broods of cicadas that periodically emerge and vanish”. Now, the solar cycle has been resumed with more fuel and fervor, and with peak activity predicted to be around 2025.

This year’s solar storms are just the beginning of something big as the earth is likely to drastically alter its bearings.