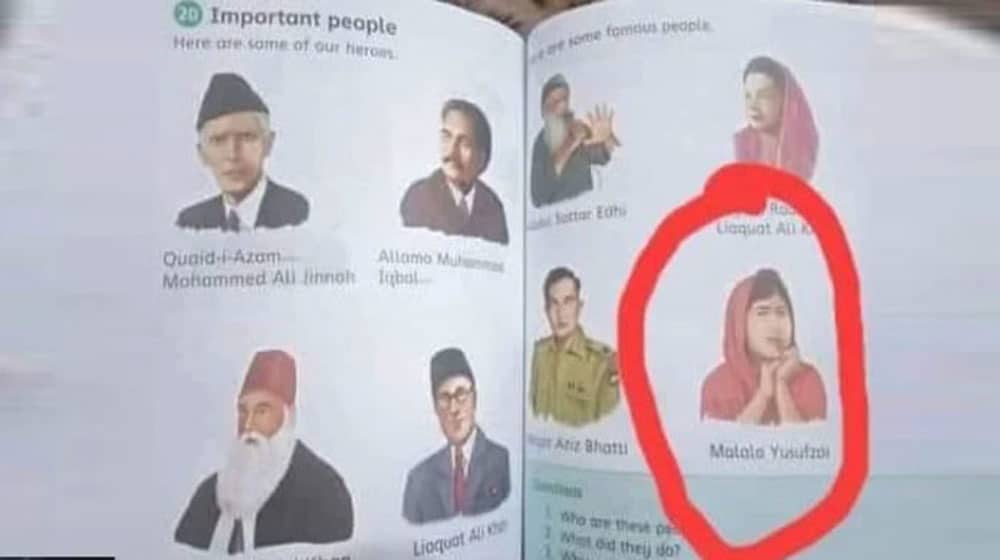 The Punjab Curriculum and Textbook Board (PCTB) has served a show-cause notice to the Oxford University Press (OUP) for publishing an unauthorized book that carried a picture of Malala Yousufzai alongside Abdul Sattar Edhi and Major Aziz Bhatti Shaheed.

The show-cause notice said that the Oxford University Press had published and distributed the book despite not being issued the NOC.

“M/s Oxford University Press has printed and published the textbook of ‘New Oxford Social Studies for Pakistan B’ without any prior permission and approval of the Punjab Curriculum and Textbook Board,” it further added.

The publisher has been asked to submit its reply within seven days, or else a case would be registered against it.

Note that the provincial government has already confiscated the Social Studies grade 7 books of OUP for publishing the book without a NOC.

The same book then caused an uproar on social media for having a picture of Malala along with the country’s national heroes.