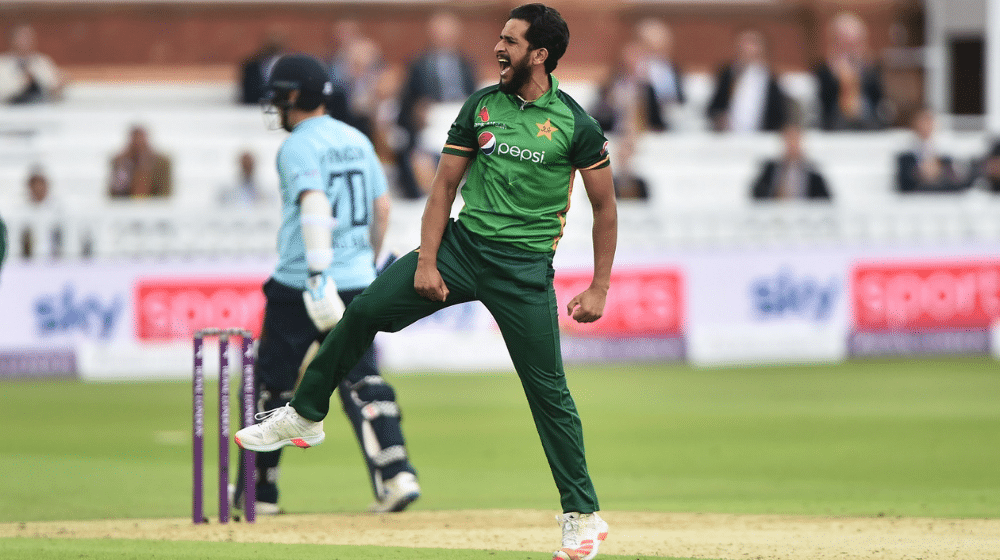 Pakistan’s ace fast bowler, Hasan Ali, has been ruled out of the 1st T20I against England, scheduled to be played on Friday. According to details, Hasan suffered a strain in his left leg during a training session on Thursday and has been advised to rest for a few days.

The decision to rest him from the first T20I is precautionary as the team management does not want him to aggravate his injury further. His participation in the second T20I is doubtful but a final decision will be made after further assessments.

Hasan was one of Pakistan’s leading fast bowlers in the three-match ODI series, having picked up 6 wickets at an average of 25.50 in three matches. His best performance came in the second ODI as he made it to the Lord’s honors board with a magnificent five-wicket haul.

Unfortunately, Pakistan were unable to register a win in the ODI and suffered a humiliating whitewash at the hands of a makeshift England team. The Men in Green will be hoping to put in a much better performance in the three-match T20I series and register a historic series win on English soil.

Hasan’s absence in the team could lead to a potential debut for Mohammad Waseem Jnr, who was one of the leading emerging players in the sixth edition of the Pakistan Super League (PSL).