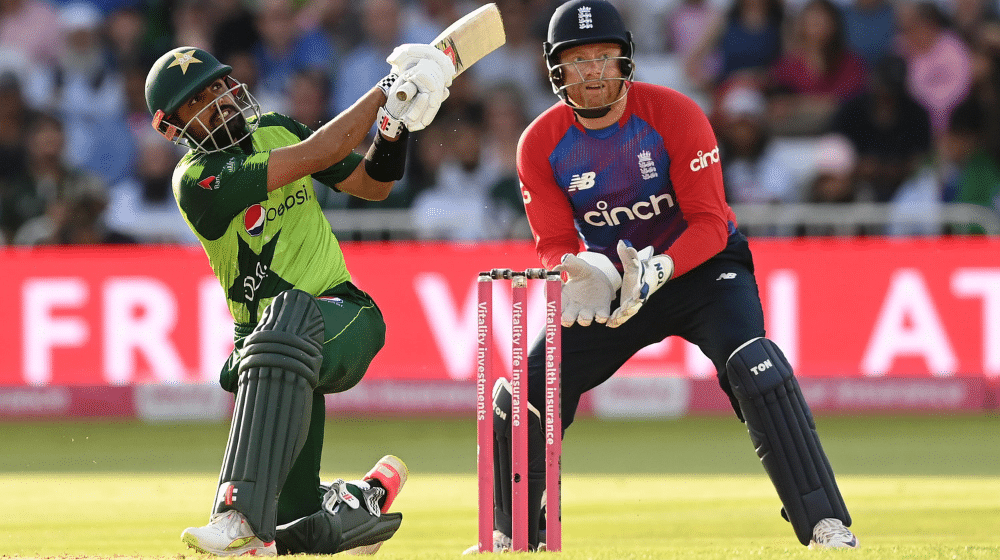 Pakistan’s all-format captain, Babar Azam, is highly regarded as one of the best batsmen in world cricket currently. Babar is one of the finest T20 players and is currently ranked as the number two batsman in the world in the shortest format of the game.

He is regarded as one of the finest white-ball batsmen due to his magnificent numbers against the top cricketing nations and is certainly one of the best limited-overs batsmen produced by Pakistan. He has already climbed up to the third spot on the list of most runs scored by a Pakistani batsman in T20Is, having played only 54 innings.

Babar’s numbers against top cricketing nations away from home have been impressive as well. Currently, he has the highest average in T20Is in SENA (South Africa, England, New Zealand, and Australia) countries. He averages 53.06 in SENA, which is the highest amongst the top players in the world. He is followed by the world’s number one T20I batsman, Dawid Malan, who averages 44.95 in SENA.

Let’s have a look at the top five players with the highest average in SENA:

The 26-year old will lead in the Pakistan T20I side in the third and series-deciding match against England on Tuesday at Manchester. The series is currently level at 1-1, with Pakistan winning the first encounter and England making a comeback in the second T20I.