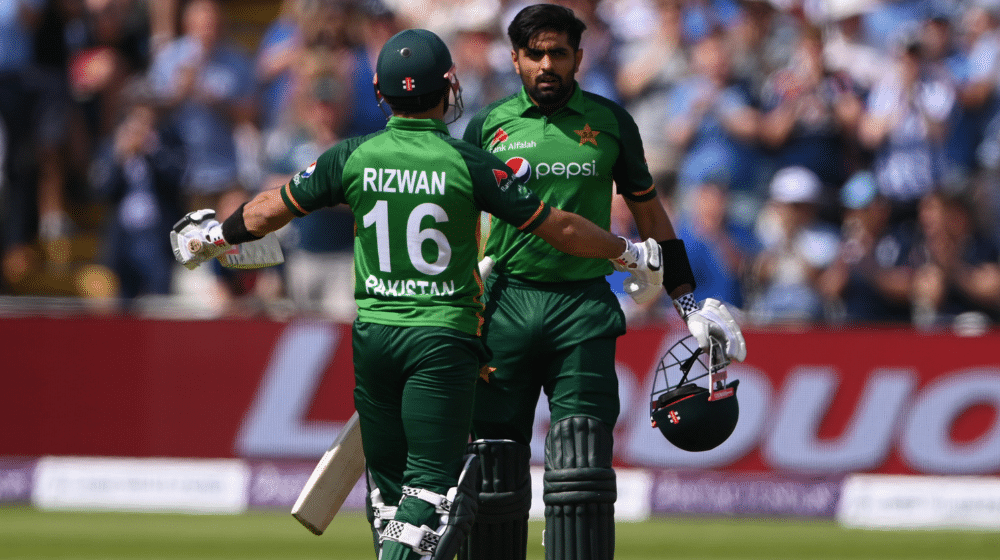 Pakistan’s all-format captain, Babar Azam, and wicket-keeper batsman, Mohammad Rizwan, have been one of the most prolific opening pairs in international T20 cricket over the past year. The duo has been Pakistan’s most dominant opening pair in T20I history. They have put on 429 runs at an average of 53.62 at a run rate of 9.36.

Babar and Rizwan recently put up a 150-run stand for the first wicket in the first T20I against England, their second opening stand of 150+ in T20Is. Previously, they put up a 197-run stand as Pakistan chased down a target of 204 against South Africa. They also share the record for the highest and second-highest partnership for Pakistan in T20Is.

The duo recently revealed the secret behind their magnificent opening partnership in a video released by Pakistan Cricket Board (PCB) on various social media platforms.

The star batsmen revealed that open and honest communication has been the key to their success. They said that they discuss the match situation with each other constantly and help each other out by telling the other person when to play cautiously and when to take charge.

Babar specifically talked about the 150-run stand in the first T20I against England. He said, “We took one or two overs [to get our eye in], and I began to charge because my shots were coming off nicely. Rizwan bhai, I thought, was struggling for a few balls, so I was conscious of not adding any extra pressure on him. We spoke about having to score 10 an over, 8 an over because it would be easier for the incoming batsmen if we put on a good, long partnership.”

Rizwan backed his statement and said that they both discuss the match situation with each other throughout the innings. He said that he always asks Babar before going into power-hitting mode and vice-versa. The wicket-keeper batsman also talked about the great understanding between the pair while running between the wickets.

Babar said that due to their understanding, they don’t even need to call while running between the wickets.

Watch the full video of the interview below: