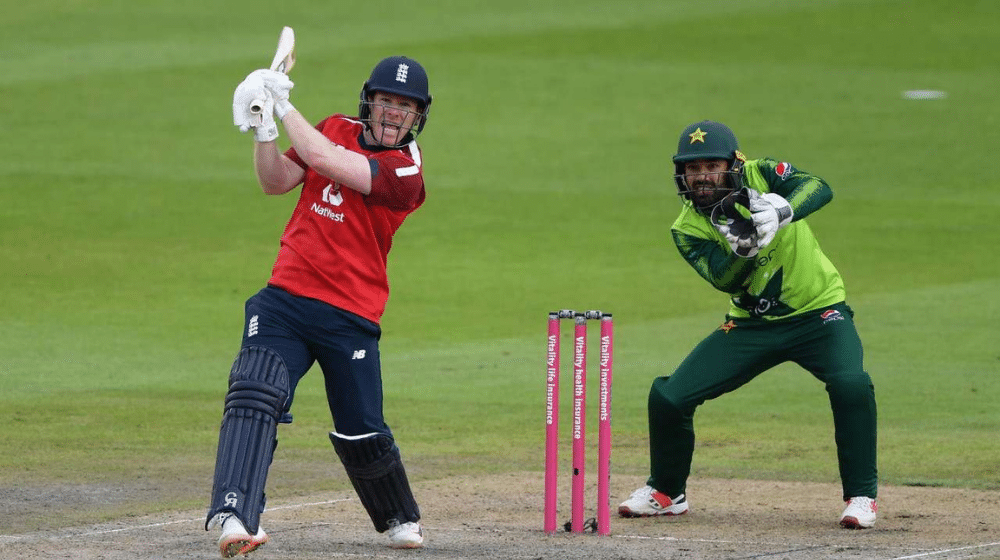 England’s limited-overs captain, Eoin Morgan, might not take part in the two-match T20I series against Pakistan due to his involvement in the Indian Premier League (IPL). Morgan might pull himself out of contention from the T20I series if his IPL franchise, Kolkata Knight Riders, qualifies for the play-offs of the tournament.

The second leg of IPL is set to be played between 19 September to 15 October in the UAE. The tournament was initially held in May but was postponed due to a massive COVID-19 outbreak within camps of several franchises. Meanwhile,  Pakistan is scheduled to play two T20Is against England on 13 and 14 October at National Stadium Karachi.

Many England players have confirmed their participation in the cash-rich league after England and Wales Cricket Board (ECB) announced their decision to postpone their tour of Bangladesh.

Eoin Morgan believes that ECB’s decision to postpone the tour of Bangladesh will not have an impact on their preparations for the upcoming T20 World Cup. Morgan said that many English players would play in IPL in the UAE, which will give them a chance to acclimatize to the conditions. He labeled the decision a ‘win-win’ situation.

ECB’s decision to postpone the tour might also have an impact on their tour of Pakistan. Earlier, ECB had confirmed a two-match T20I tour to Pakistan in October. This will be England’s first tour of the country since 2005-06. Despite the worrying signs, Pakistan Cricket Board (PCB) has reassured the fans that the tour will be played as scheduled.