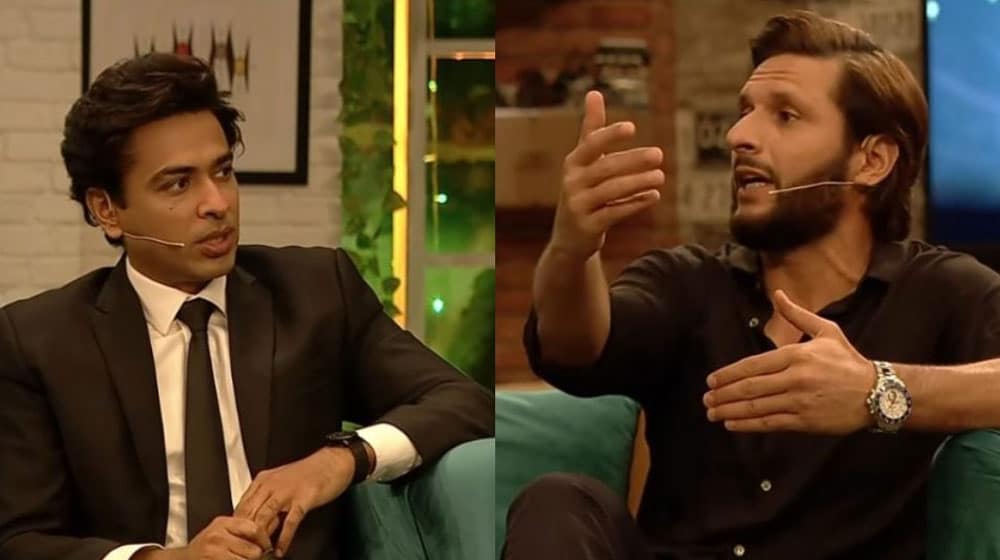 Star cricketer Shahid Afridi has asked for a ban on TikTok in Pakistan for the welfare of society. He said this while talking to singer-cum-activist Shehzad Roy.

Afridi and Roy were sharing the screen for a talk show when the former demanded the latter to play his role in getting the popular video-sharing app banned once for all.

Shahid Afridi expressed his despise towards TikTok when the conversation turned to fans making TikTok videos with the stars. Afridi asked the celebrated singer to raise his voice about the issue of TikTok.

“Get this TikTok banned, please. You raise your voice for so many things, please get this banned too,” said Afridi to Roy.

Afridi was all for banning TikTok for good instead of repeatedly blocking and unblocking it. He requested Roy to start lobbying against the Chinese app, which he thought was spreading vulgarity, on his next visit to Islamabad.

He further added that TikTok was a major social issue and responsible for many unfortunate incidents across Pakistan.

PM Imran Orders to Use Drones for Monitoring Encroachments in Islamabad

Afridi also stated that children should not have access to smartphones and a certain age must be defined for their usage.

“My daughter has just turned 19 years old and I have allowed her to use the phone now,” said the cricketer.