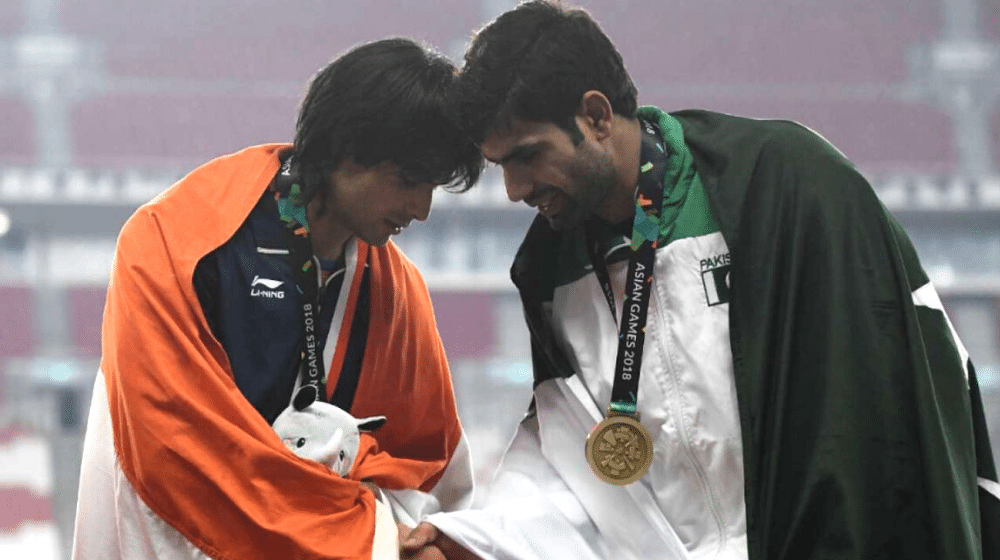 Earlier, the Indian media caused an uproar on social media as they took Neeraj’s comments out of context. In a recent interview with ‘Times of India’ Neeraj revealed that Arshad was moving around with his Javelin before his first throw in the competition. This led the Indian media to accuse Arshad of wrongdoing leading to an unnecessary uproar across social media.

After the incident was blown out of proportion, Neeraj released a video on Twitter where he explained that this is quite a common practice for Javelin throwers to exchange the Javelins during warm-ups. He said that Arshad did nothing out of the ordinary and every competitor is allowed to use other Javelins to warm up.

Neeraj tweeted, “I would request everyone to please not use me and my comments as a medium to further your vested interests and propaganda. Sports teaches us to be together and united. I’m extremely disappointed to see some of the reactions from the public on my recent comments.”