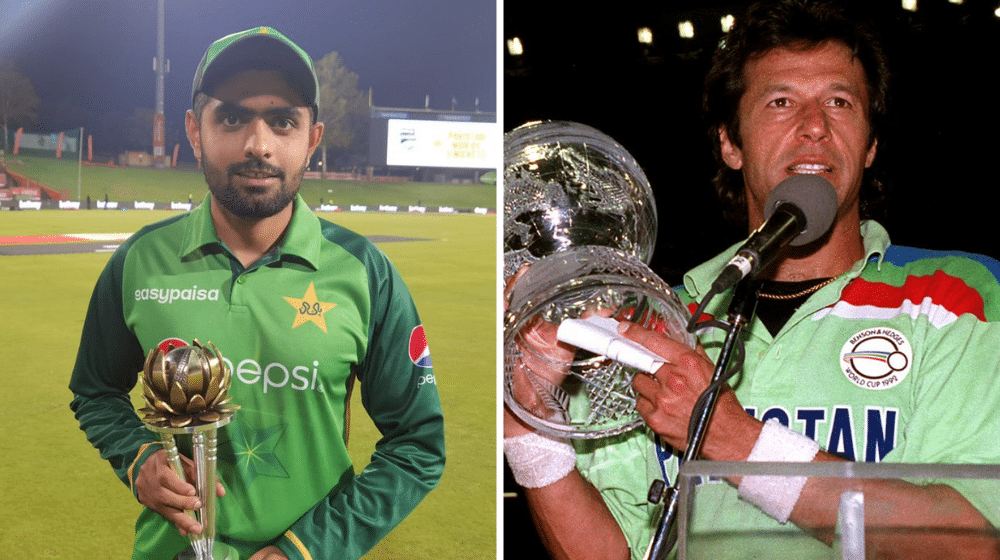 Pakistan’s all-format captain, Babar Azam, has named the legendary all-rounder, Imran Khan, as his ideal captain and said that he wants to emulate his achievements as captain of the Pakistan cricket team. Babar said that he aims to be aggressive and take bold decisions like Imran.

The star batsman said that he has learned a lot during his stint as the captain of the national side and is still learning on a day-to-day basis. He added that he has to face numerous new challenges every day as a captain, and he tries his best to learn from them.

“Captain is the one who should lead the team from the front. Every player looks up to the captain, a strong captain can lead the team to victories. So, I try to get involved in everything that is better for my team,” Babar said.

Babar’s captaincy skills have been lauded by the cricketing fraternity as he led Pakistan to level the Test series against West Indies. After losing the first Test match by one wicket, Pakistan made an exceptional comeback in the second Test and defeated the West Indies by 109 runs.

The 26-year old has had a magnificent start to his Test captaincy tenure. Pakistan has won five of Babar’s first six matches as captain. Only Saleem Malik and Waqar Younis are the other two captains in Pakistan cricket history who have had the same number of wins at the start of their captaincy stints.