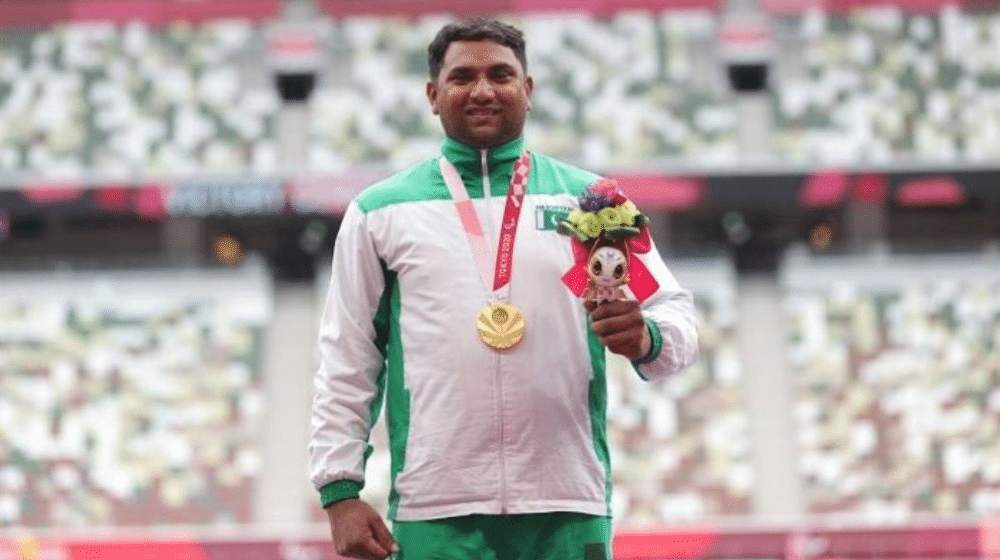 Pakistan’s Haider Ali created history as he became the first-ever Pakistani athlete to win a Gold Medal at Paralympic Games. Haider achieved an impressive milestone as he won the Men’s Discus Throw Competition in the ongoing Tokyo 2020 Paralympic Games.

His throw of 55.26m is a personal best and almost three metres longer than second place! #Tokyo2020 #Paralympics #ParaAthletics pic.twitter.com/SD3rO1qlaF

Haider registered his personal best throw of 55.26m, which was almost three meters more than the second-placed athlete, Mykola Zhabnyak of Ukraine. Brazil’s Joao Victor Teixeira finished third in the competition with a throw of 51.86m. 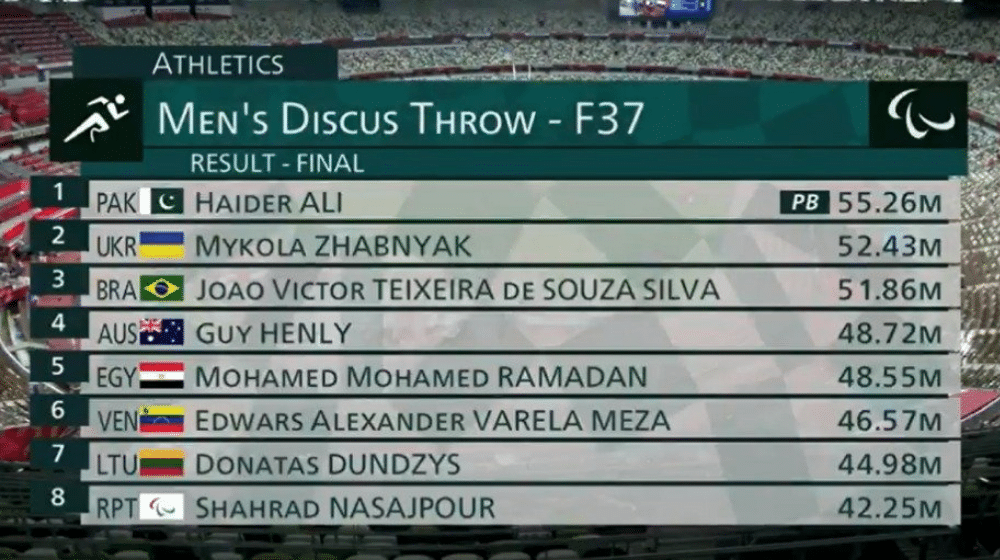 “This Gold will be very important for Para sport in my country. They will see what can be achieved through hard work and to be able to compete internationally for Pakistan,” Haider said, adding that “I hope to be a role model for other people that have a disability that don’t compete in sport to take part in Para sport”.

Pakistan’s hopes for a Gold Medal were pinned on Haider as the other Pakistani athlete, Anila Izzat Baig, had already been disqualified from the competition.