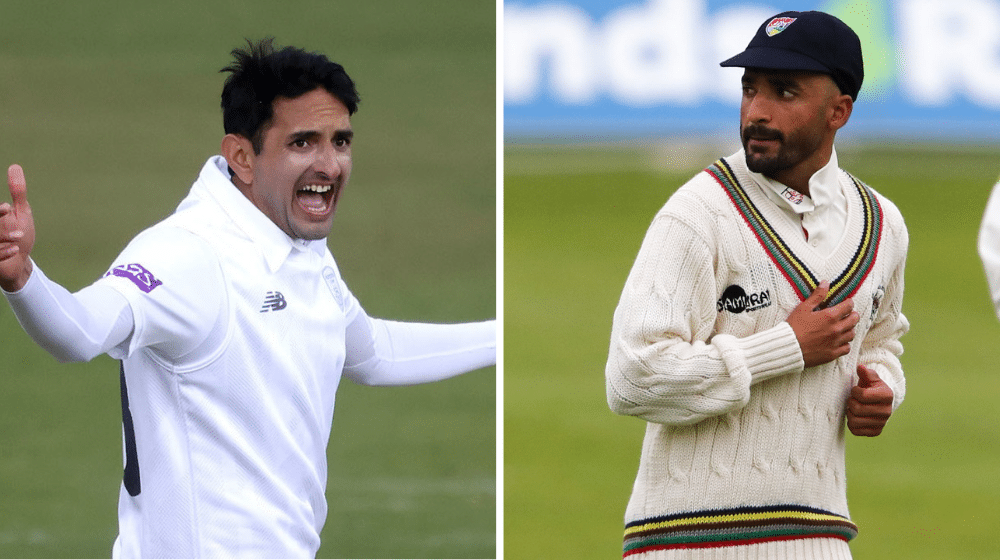 Pakistan’s Test seamer, Mohammad Abbas, and left-arm spinner, Zafar Gohar, put in brilliant performances for their respective sides in the final round of the County Championship.

Zafar was particularly impressive as he picked up yet another five-wicket haul in the second innings of the encounter between Gloucestershire and Durham. Zafar picked up five-wicket hauls in both the innings of the match, 5/50 in the first innings and 6/51 in the second innings as Gloucestershire beat Durham by 7 wickets in the final match of their campaign.

This was Zafar’s third consecutive five-wicket haul in the County Championship. He had picked up 6 wickets in Gloucestershire’s previous encounter against Glamorgan in the final innings.

The 26-year old earned the plaudits from his Gloucestershire teammates and cricketing experts for his exceptional performances throughout the campaign. Zafar picked up 20 wickets at an average of 14.35 in the four matches he played in the competition.

Experienced right-arm seamer, Mohammad Abbas was equally influential in Hampshire’s campaign. Abbas picked up a five-wicket haul in the final match of the competition, putting Hampshire within a touching distance of winning the first Division of County Championship.

Abbas finished with figures of 5/48 as Hampshire dismissed Lancashire for 141 in their first innings. Hampshire currently lead by 160 runs with three wickets in hand in their second innings.

The 31-year old has been in sublime form in the County Championship this season. He has picked up a total of 41 wickets in his two stints for the side in this campaign. His wickets have come at an average of 14.90 and including three five-wicket hauls in 10* matches he has played in the season.

Here are some of the highlights of his impressive display:

This ball is worth another look 👀

Lancashire are 141 all-out & Hampshire have a lead of 2 runs going into their second innings.