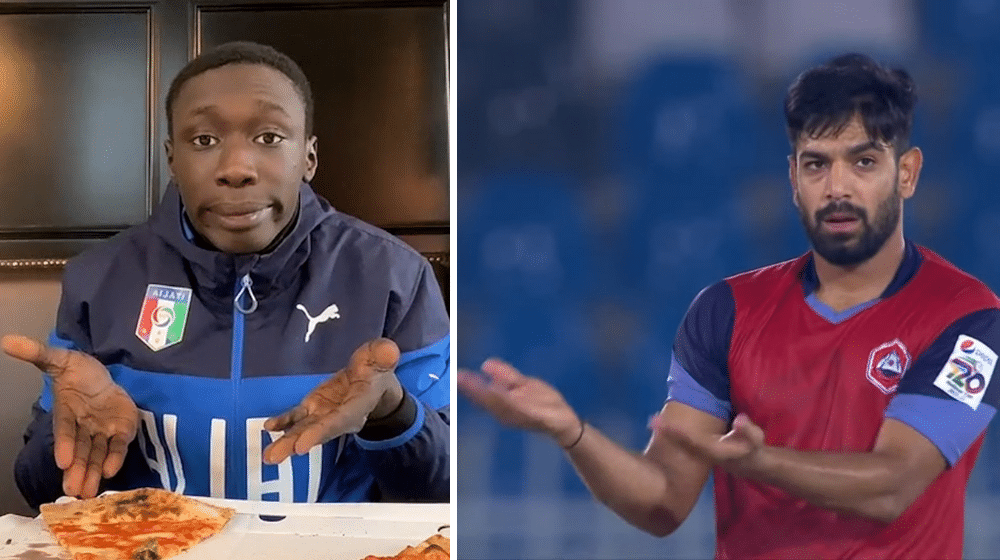 Haris, known for his express pace and unique celebrations, brought out the ‘Khaby celebration’ after taking the wicket of Azam Khan in the match between Northern and Southern Punjab in the ongoing 2021 National T20 Cup.

Khaby Lame is a famous TikTok star who rose to fame for his comedy skits in his unique style during the initial worldwide COVID-19 outbreak. He has since gone on to become one of the most popular stars across various social media platforms.

Haris helped Northern to their second victory of the tournament as they climbed to the second spot in the 2021 National T20 Cup Points Table.

The 27-year old has been impressive in the tournament so far. He has picked up five wickets at an average of 16.60 and an exceptional economy rate of 6.91 in the three matches he has played so far.