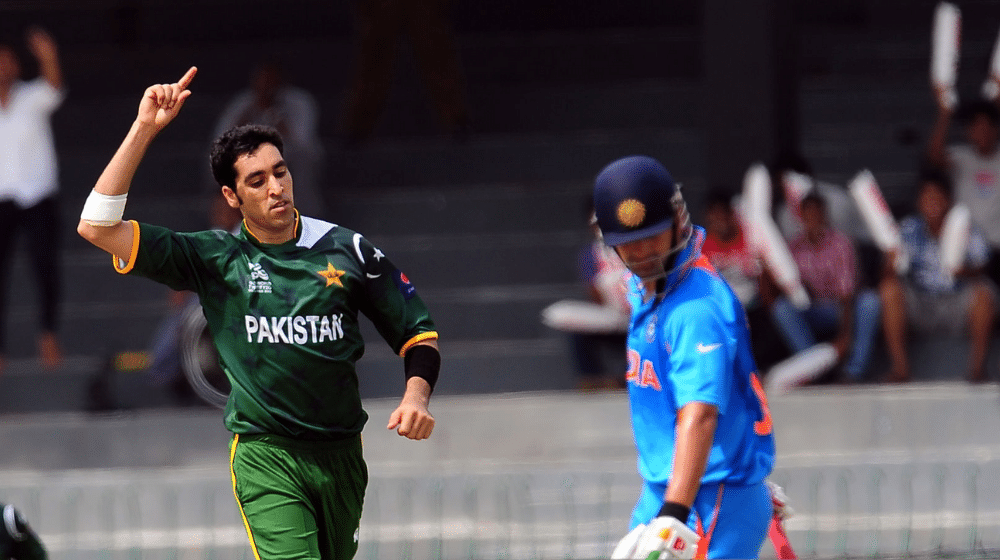 Pakistan’s former pacer, Umar Gul, believes that Pakistan has a strong chance to overcome the odds and beat India in the highly-anticipated clash between the two arch-rivals in the Super 12s round of the 2021 T20 World Cup.

Gul revealed that Pakistan’s bowling unit will need to be on top of their game to tackle a formidable Indian batting line-up. Gul said that if Pakistan can manage to get the wickets of star batters, Virat Kohli and Rohit Sharma, early on in the innings then the rest of the Indian batting unit will be under immense pressure and it will create a position for Pakistan to capitalize on.

“India have worked really hard on their team, and realistically, they are very strong. The IPL has benefitted them and given them several players. If you have to look at their batting, then Rohit Sharma and Virat Kohli are the main players. They are a part of India’s top order. Get them out, and India will be under pressure. If in the Powerplay, Pakistan can dismiss 2-3 of their top-order batsmen, then it will be slightly tough for the rest of the batsmen,” Gul remarked.

Both Kohli and Sharma have a terrific record against Pakistan. Both the batters played exceptional knocks in the previous encounter between the two teams in the 2019 ODI World Cup. Sharma scored 140 runs while Kohli scored 77 runs as India beat Pakistan by 89 runs.

The upcoming high-octane clash between the two sides will be played on 24 October at Dubai International Cricket Stadium. India will go into the match as strong favorites as they have never lost to Pakistan in a World Cup match. They have won 7 matches in ODI World Cups and 5 matches in T20 World Cups against the Men in Green.