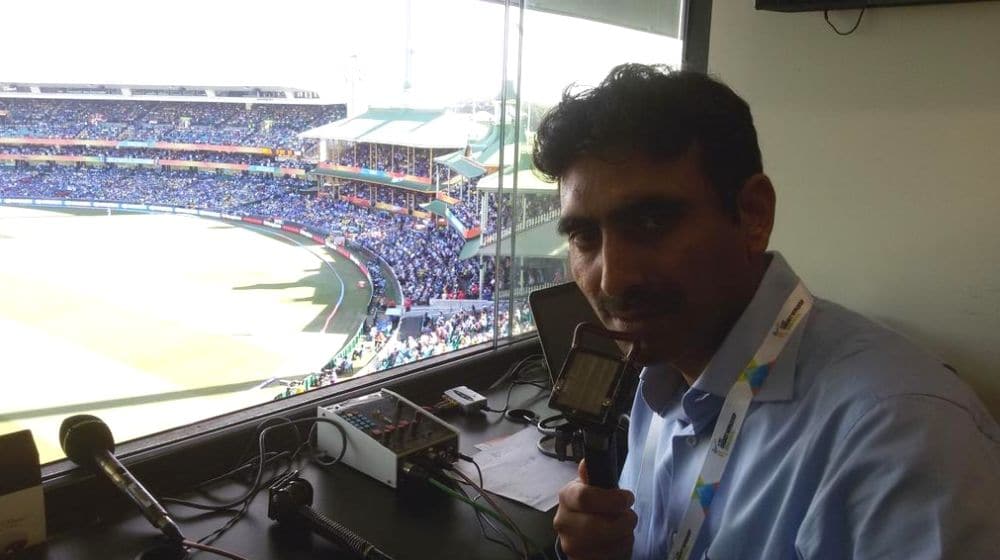 Voice of Urdu commentary in Pakistan, Tariq Saeed has been roped in by an Indian TV broadcaster to commentate on the upcoming T20 World Cup matches.

Tariq Saeed has been considered as one of the best Urdu commentators in the game and his popularity has seen a big rise over the past few years due to his commentary in Pakistan Super League (PSL) and National T20 Cup.

The renowned commentator started his illustrious career with Radio Pakistan and has since gone on to work with some of the major radio channels in the country. He was called upon to commentate in Pakistan’s premier franchise T20 league, PSL, and has been a regular part of the commentary panels in domestic tournaments in the country.

Tariq Saeed has worked with some big TV broadcasters in Pakistan as well, including PTV Sports. He is currently a part of the commentary panel in the ongoing 2021 National T20 Cup and has received plaudits from the cricketing fraternity for his unique style of commentary.

The 2021 T20 World Cup is set to commence on 17 October with the first-round match between Papua New Guinea and Oman.