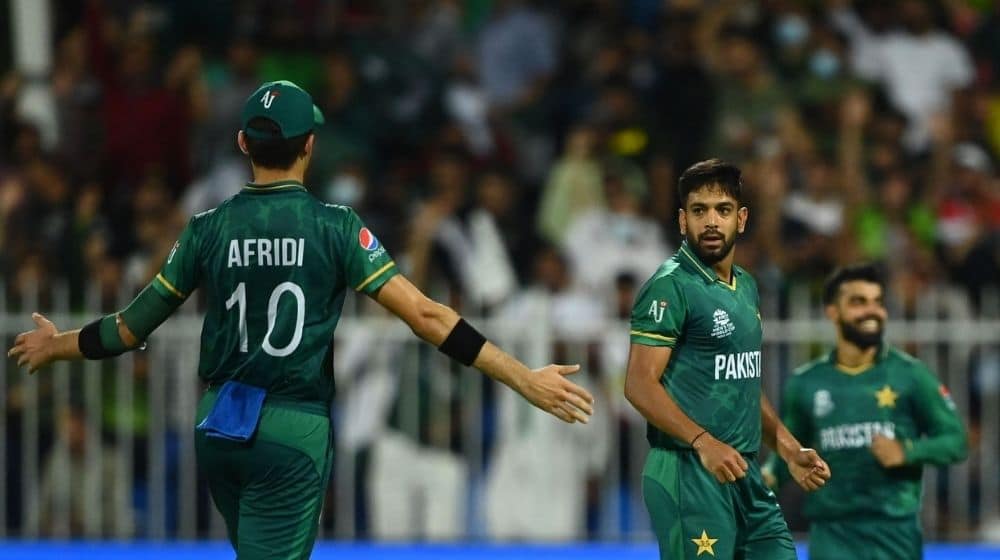 Pakistan has had a terrific start to their 2021 T20 World Cup campaign, winning their first two matches against India and New Zealand. While Shaheen Afridi, Mohammad Rizwan and Babar Azam were the stars of the show in the match against arch-rivals India, the likes of Haris Rauf, Shoaib Malik and Asif Ali made their mark in the next encounter against New Zealand.

Pakistan’s fast bowling duo of Shaheen Afridi and Haris Rauf has been exceptional so far and have played their part in taking Pakistan to the top of Group B in the T20 World Cup points table. Both the bowlers have also made huge leaps in the ICC T20 Bowling rankings with Shaheen climbing up from the 23rd position to the 12th spot. If Shaheen continues his impressive performances then he might break into the top 10 of bowlers rankings.

Similarly, Haris has also made a huge impact in the ICC T20 bowling rankings. He has climbed up an incredible 32 places, moving from the 49th spot to the 17th spot. Rauf’s exceptional fast bowling display in the match against New Zealand won him the player of the match award. Similarly, Shaheen had earned the award for his performance against India.

Pakistan’s wicket-keeper batter, Mohammad Rizwan was ranked as the number 7 batter in the world in T20 cricket prior to the start of the mega event. After his impressive half-century against India and gritty innings against New Zealand, Rizwan has climbed up to the number four spot. Rizwan was ranked as number three after the match against India but dropped down to the fourth spot after South African batter, Aiden Markram’s solid performance against West Indies.