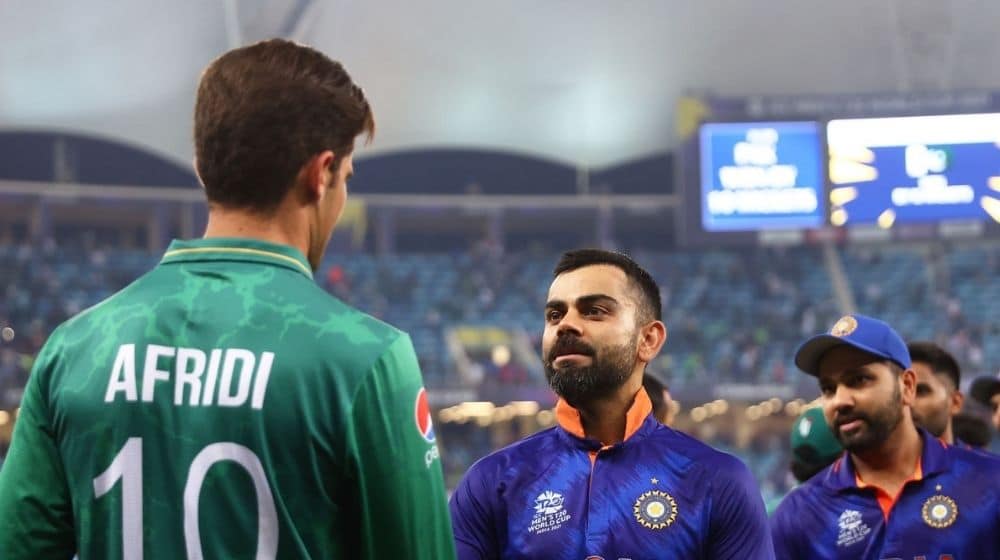 Pakistan has jumped up to the second spot in ICC T20I team rankings after their brilliant performances in the ongoing 2021 T20 World Cup. Pakistan overtook arch-rivals India who have had a horrid start to their T20 World Cup campaign.

Prior to the start of the mega event, the Pakistan team was ranked number three while India were ranked number two in the world. Pakistan started their World Cup campaign by defeating India by ten wickets and followed it up with thrilling victories against New Zealand and Afghanistan, winning both matches by five wickets.

India, on the other hand, have lost their opening two encounters, first to Pakistan by ten wickets and the second to New Zealand by eight wickets. Their hopes of qualifying for the semi-finals are hanging by a thread and will now have to rely on other results going their way to get a chance to move on to the next round.

England maintained their spot as the best T20I side in the world after a tremendous start to the T20 World Cup. England have also won their first three matches of the competition as they defeated defending champions West Indies, Bangladesh, and arch-rivals Australia convincingly.

Meanwhile, Afghanistan have also moved up the team rankings after winning two out of their first three matches while Bangladesh have dropped down two places after a disappointing run of results in the mega event.