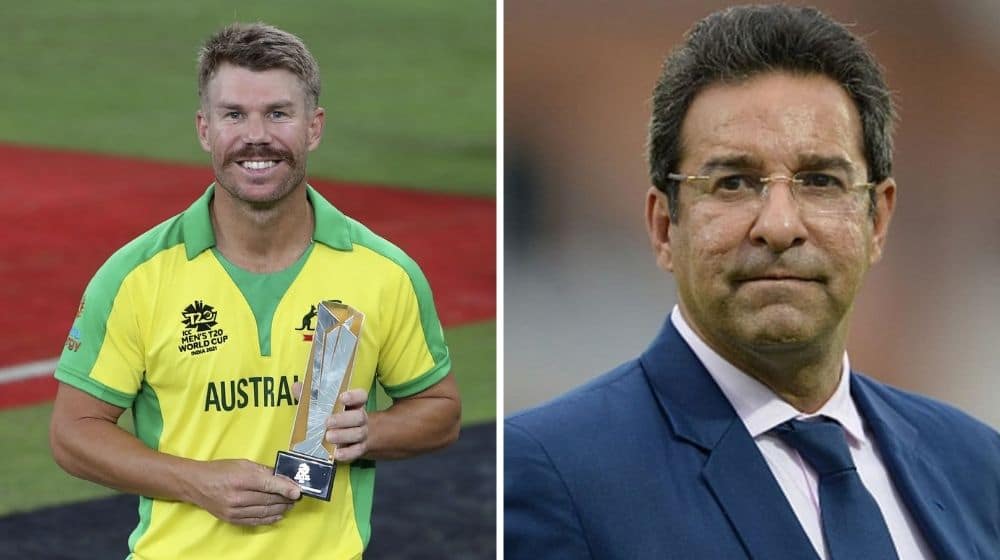 Pakistan’s legendary pacer, Wasim Akram, believes that David Warner was rightly awarded the player of the tournament for the recently concluded 2021 T20 World Cup as his performances made an impact in the all-important matches.

Advertisement
ALSO READ
Babar Should Have Been the T20 World Cup Player of the Tournament: Akhtar

Australian opening batter, David Warner, was the second-highest run-scorer in the tournament as he finished behind Pakistan’s captain, Babar Azam, in the run-scoring charts. The decision to award the player of the tournament to Warner irked the Pakistani cricket fans and experts. Former cricketer, Shoaib Akhtar, publicly criticized ICC’s decision to award Warner with the prestigious title as he believed Babar’s performances were more consistent throughout the tournament.

The former left-arm pacer, Wasim Akram, believes that ICC’s decision was correct as Warner had played a vital role in Australia’s title-winning campaign. Wasim said that it is not only about the number of runs scored but also about the impact the player has made on the outcome and the achievement of his team.

“They saw which particular player during the tournament had an impact from his performances on the side and Warner won Australia matches single-handedly on most occasions. They also lifted the World Cup which was the icing on the cake,” Wasim stated.

Wasim revealed that it is not possible for the ICC to have an agenda as a jury is selected to announce the player of the tournament award.