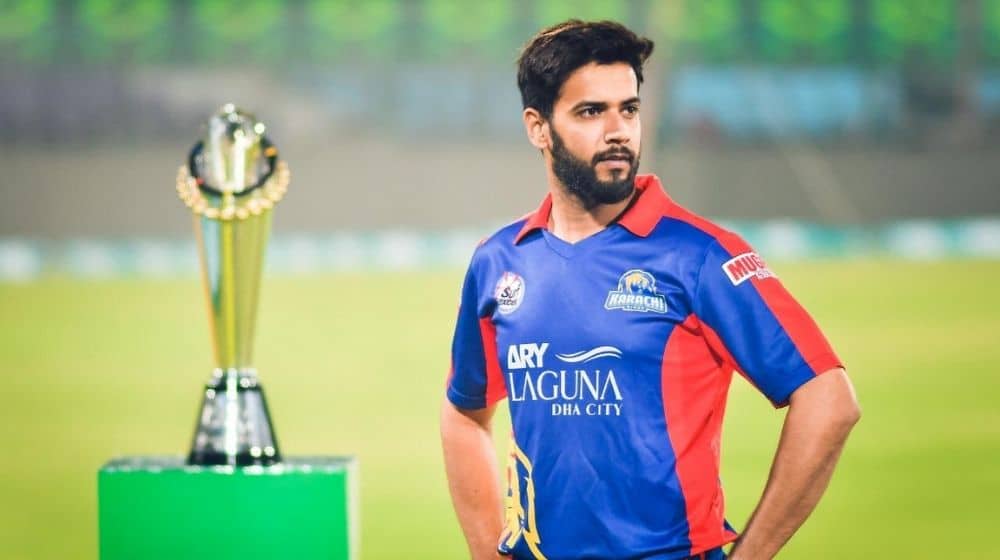 Pakistan’s experienced all-rounder, Imad Wasim, sent a heartful message to Pakistan Super League (PSL) franchise, Karachi Kings after being replaced as captain of the side. Imad thanked the owner of the franchise, Salman Iqbal, for providing him the opportunity to lead the side for four years and wished best of luck to the incoming captain, Babar Azam.

Imad took to Twitter to thank the entire Karachi Kings franchise. Imad added that he is looking forward to contributing to the team’s success in the coming PSL seasons.

I want to take a minute to thank @Salman_ary bhai n the whole @KarachiKingsARY family for entrusting me with the captaincy for 4 seasons! It’s been wonderful n I look forward to even bigger things for the team in the future. Gudluck and best wishes to my brother @babarazam258

The 32-year old has been a part of Karachi Kings since the first season of the PSL. He was appointed as captain of the franchise four years ago and is the most successful captain in the franchise’s history as he led them to their only PSL title in the fifth edition of the tournament.

The experienced all-rounder is the second-highest wicket-taker and the fifth-highest run-scorer for Karachi Kings. He has picked up 36 wickets at an average of 34.58 and an economy rate of 7.05 in 59 matches in PSL history.

Imad has been replaced as captain of the franchise by Pakistan’s all-format captain, Babar Azam. This will be Babar’s first stint as captain of any PSL franchise. It will be interesting to see whether Karachi Kings decide to retain or release Imad for the seventh edition of the tournament. If they do release him there will be a lot of franchises interested in acquiring the services of former title-winning captain.