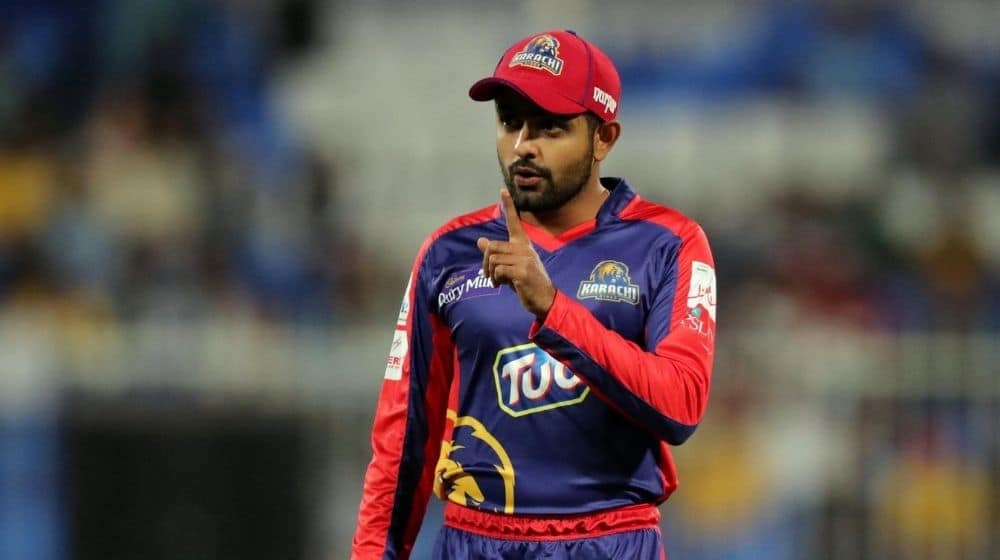 Pakistan Super League (PSL) franchise, Karachi Kings, have officially announced star batter, Babar Azam, as their new captain for the seventh edition of the tournament. Babar will replace all-rounder, Imad Wasim, who had led the side in the previous four seasons.

Babar has been the star for Karachi Kings over the past few seasons and is one of the most consistent performers in the entire league. He is currently the highest scorer in the history of PSL and has been terrific for the franchise ever since he was traded from Islamabad United five seasons ago.

The 27-year old was Karachi’s star performer in PSL 5 as the franchise lifted their first-ever PSL title. He was named as the player of the tournament for his exceptional performances.

The flamboyant batter is already leading the national team in all three formats and he has been the driving force behind the resurgence of the national side. He recently led the Men in Green to the semi-final of the 2021 T20 World Cup, their first appearance since the 2012 edition.