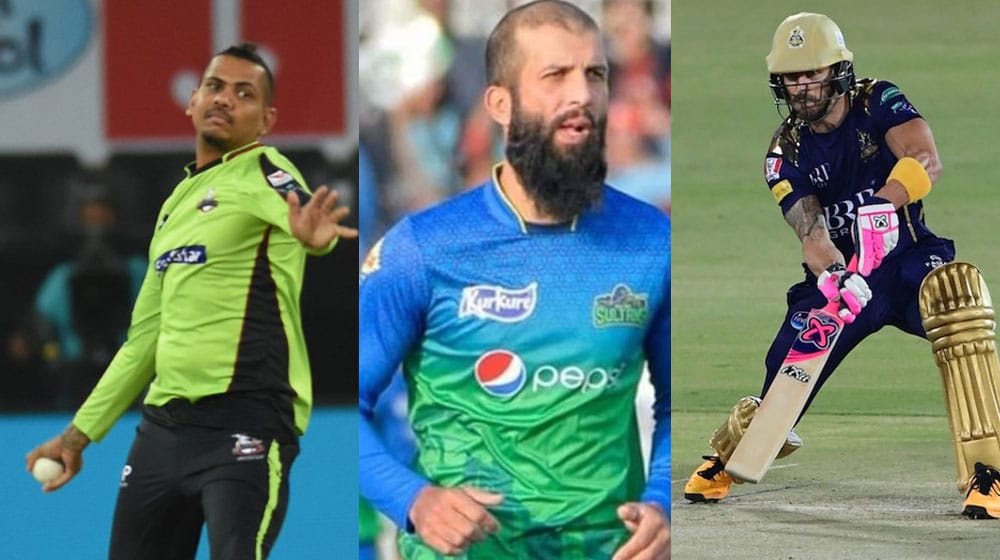 The trio had not registered for the Pakistan Super League (PSL) draft that concluded on Sunday, 12 December. However, they have confirmed their availability for the next BPL season, where they will represent Comilla Victorians, the two-time champions of the BPL.

“Bangladesh Cricket Board (BCB) has said that this is a month-long BPL. There will be six teams. Three foreign players can be taken. We have signed all three. We have confirmed Sunil Narine, Faf du Plessis, and Moeen Ali,” Nafisa Kamal, the managing director of the club, announced on Wednesday.

The eighth edition of BPL is scheduled to commence on 20 January, clashing with the PSL 7, which starts on 27 January. The tournament will be concluded on 20 February, exactly a week before the final of PSL on 27 February.

However, the BPL management said that it was not concerned with the clash of the two premier leagues.  Sheikh Sohel, the governing council member of the BPL, told the media on Monday that the draft of the BPL 8 will be held later this month.

“We are not worried about the PSL, and we are expecting to host the players’ draft of this month, but the only thing that we are worried about is the corona situation,” he added.