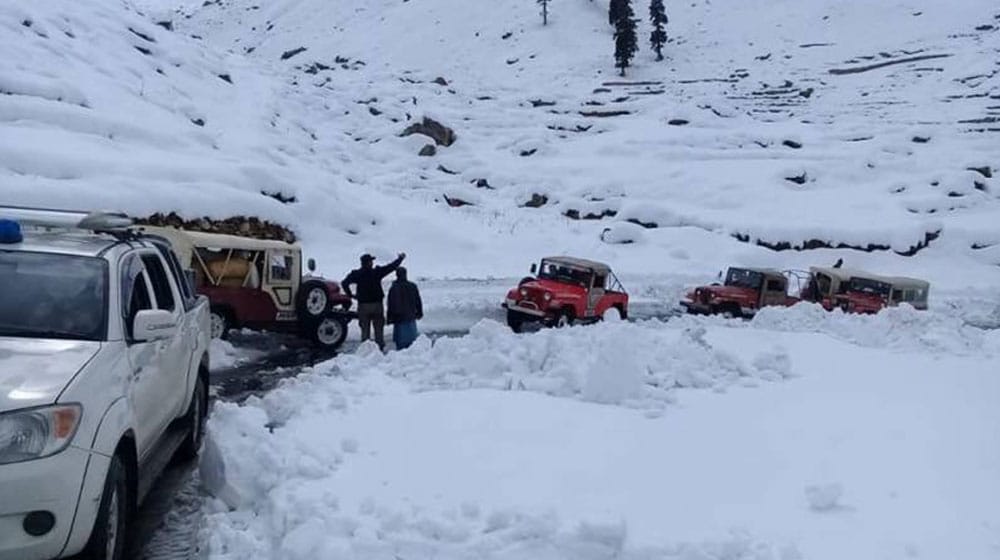 The district administration has temporarily blocked the entry of tourists into Naran, Kaghan, and Shogran as a precautionary measure against any untoward situation.

The decision comes in the aftermath of the Murree tragedy, in which 22 tourists lost their lives after being stuck in a traffic jam on Saturday.

In a notification issued on Sunday, Deputy Commissioner, Dr. Qasim Ali Khan, said that the bad weather could trigger landslides and cause fatal accidents.

“The entry of tourists into Kaghan, Naran, and Shogran has been banned due to bad weather and heavy snowfall,” said the notification. It added that the tourists will not be allowed to go beyond Balakot till further orders.

“The roads have been cleared for the light traffic up to the Suki Kinari Hydropower Project,” said KDA Inspector, Mohammad Mohazam. He added that the Mansehra-Naran-Jalkhad road would soon be clear for all kinds of traffic.

He advised that the tourists should avoid traveling to Kaghan valley as it could be dangerous during winter weather and snowfall.

Note that the roads leading to hilly areas of Siran and Konsh valleys in Mansehra district and Kandia and Spat valley in Kohistan remained blocked for sixth consecutive days before rescue work could be started on Sunday.