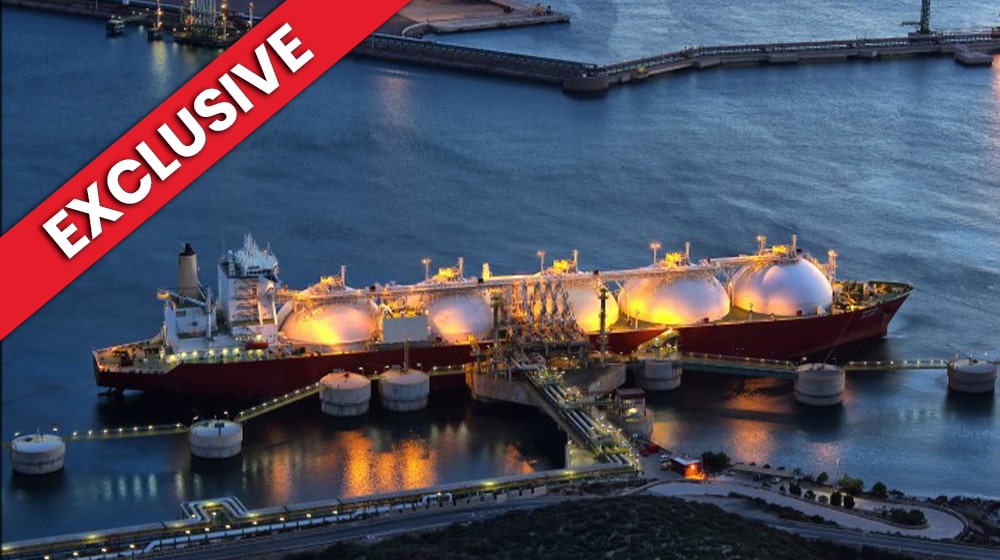 An overwhelming number of investors have shown their interest in the establishment of LNG terminals/ virtual pipelines at Karachi and Gwadar Ports, and applications for at least seven LNG licenses are in various stages of considerations.

According to the documents, Gwadar Gasport Limited (GGPL), after entering an agreement with GITL, applied for a grant of provisional Licence on 4 March 2021 to OGRA, which was evaluated under the provisions of Rule 33 of LNG Rules 2007.

The OGRA sought the status of consent from GPA, which is required under Rule 4(3)(b) of LNG Rules 2007. As per the project detail, Gwadar International Terminal Limited (GITL) and Gwadar Gas Port(Pvt) Limited (GGPL) signed an agreement on 17 December 2020 to develop a fast track LNG import terminal at Gwadar Port and to deliver gas without using any government-owned gas infrastructure in the country.

The project envisages that it shall have a Floating Storage Unit (LNG vessel) to be berthed permanently at Berth 3 of the Port. LNG will be discharged from FSRU into ISO road tankers. ISO tankers will provide an uninterruptable supply of LNG (in the small storage tank) placed at the customer premises where vaporizers for re-gasification of LNG will be installed. However, on approaching GPA for consent, they have conveyed through the Ministry of Maritime Affairs(MoMA) not to entertain the application of GGPL till clearance from them. The Provisional License has, therefore, not been issued so far by OGRA.

Regarding NOC/Consent by GPA, the GPA and MoMA are of the view that Gwadar Port Master Plan offers a detailed plan and dedicated location for the establishment of the Gas terminal and associated onshore and offshore installation. It was suggested that a potential LNG terminal developer may submit a proposal to GPA for the establishment of such activity in a dedicated location as per the approved Gwadar Port Master Plan Instead of the utilization of General Cargo Berth.

The Metro Gas (Private) Limited applied to Oil and Gas Regulatory Authority(OGRA) for Provisional License on 26 October 2021. The company wants to establish an LNG terminal at Karachi Port. However, it has not yet been granted a license as they don’t have consent from the relevant Port Authority.

LNG Flex Limited has applied for a provincial license dated 8 October 2021. The company is interested to establish a terminal at Karachi Port and Port Qasim. A letter from Karachi Container Terminal (KICT) and a Memorandum of Understanding with Qasim International Container Terminal (QICT) have been provided. However, the Provisional License was not yet granted as NOC from KPT or Port Qasim Authority are missing, the documents reveal.

Shahzad LNG (Private) Limited applied for OGRA for a provisional License dated 26 October 2021. However, it has not yet been granted as they don’t have consent from the relevant Port Authority.

Shahzad LNG (Private) Limited has not yet defined its port of interest.

DGPL has approached Port Qasim Authority (PQA) with a proposal to establish a virtual LNG terminal at the same site.PQA doesn’t consider the GEIP Implementation Agreement valid any longer. DGPL claims that most requisite studies have already been conducted for LNG handling at this site, therefore, a terminal at this site can be established in a shorter time.

Another applicant is First Dawood Investment Bank which has approached Karachi Port Trust for establishing an LNG handling terminal at KPT. It is worth mentioning here that two LNG terminals are already operating, while licenses to another two had been issued by OGRA last year.