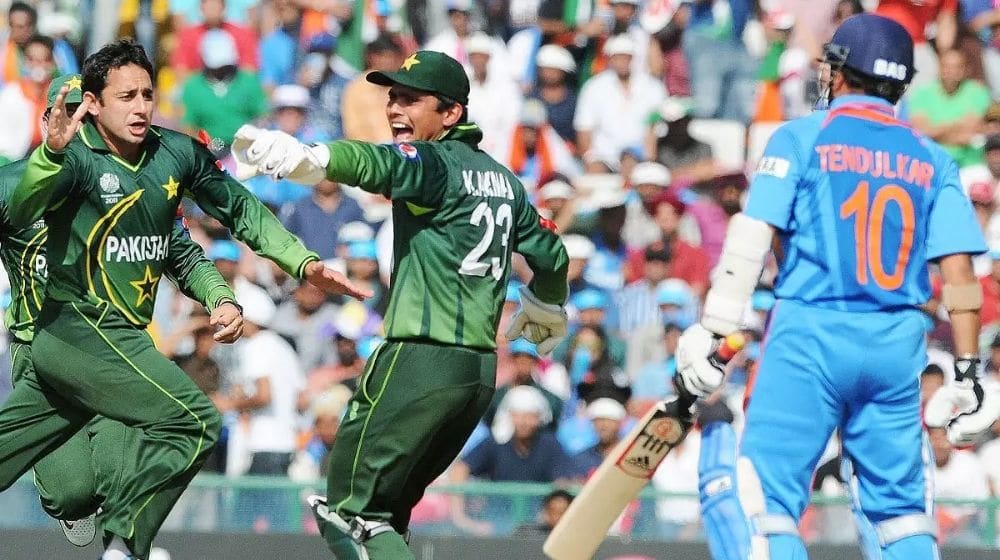 Former Pakistan off-spinner, Saeed Ajmal has shared his opinion on the recent DRS controversy in the final Test match between South Africa and India.

The incident occurred during South Africa’s second innings on the final session of the third day. South Africa’s captain, Dean Elgar was given out LBW by the on-field umpire before the decision was overturned on DRS.

A similar incident happened back in 2011 as Saeed Ajmal trapped Sachin Tendulkar LBW in the Cricket World Cup semi-final in Mohali. While Sachin was given out by the on-field umpire, the DRS showed that the ball would have gone on to miss the leg-stump. The decision did not sit well with Ajmal and Pakistan at that time as it looked highly unlikely that the ball would have turned that much. Ajmal has stated on multiple occasions over the past few years that there is no way Sachin should have been given not out.

While the Indian team protested the latest decision on the field, Ajmal was the center of attention once again in the cricketing world as he reminded the fans that technology can be wrong sometimes as well. Ajmal said that when such an obvious decision goes against you then you realize how difficult it is to accept.

“I have watched Dean Elgar review a few times today. There is no way that the ball was going over the stumps. The ball hit him on the knee-roll and he was out,” he stated.

Watch the videos of both the incidents:

We can compare it with lbw decision turned down by tv umpire in WC 2011 semifinal.Sachin vs Saeed Ajmal.#Ashwin #INDvsSA #Kohli #Elgar #Ajmal pic.twitter.com/HjvNZ9nbjf