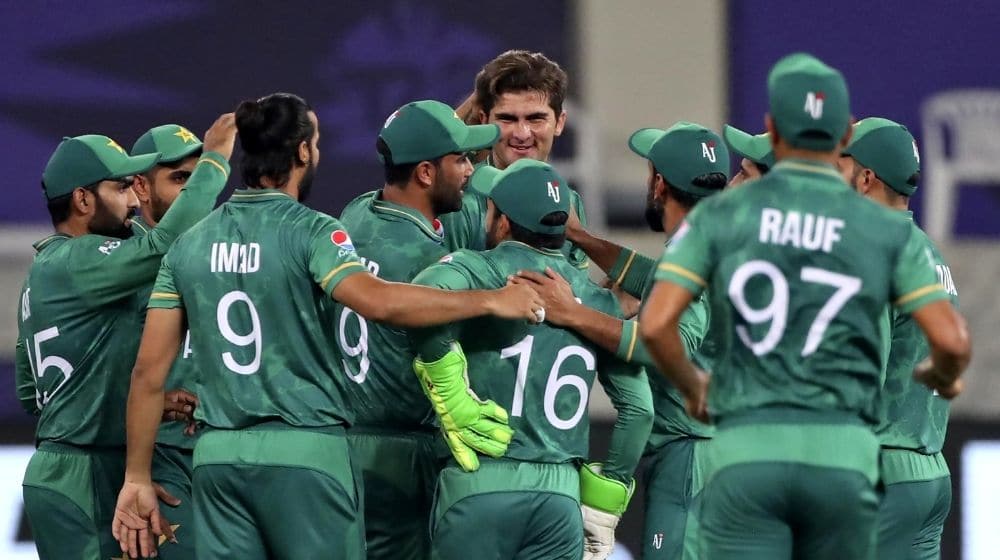 Sources further revealed that Ramiz will hand out cash prizes and shields to the entire squad to appreciate their valiant efforts throughout the T20 World Cup.

The Men in Green started the tournament on fire as they brushed past arch-rivals India. Pakistan won the match by 10 wickets and registered their first World Cup win over India. They followed it up with a magnificent performance against New Zealand and then went on to defeat Afghanistan in a close encounter. They also won their last two group stage games against Namibia and Scotland and became the only team in the tournament to go through the group stages undefeated.

The team was expertly led by Babar Azam and each and every member of the team contributed towards the team’s success with top-class performances throughout. Mohammad Rizwan, Fakhar Zaman, Shoaib Malik, Asif Ali, Shadab Khan, Shaheen Afridi, and Haris Rauf were particularly impressive as they all performed at crucial stages in the tournament.