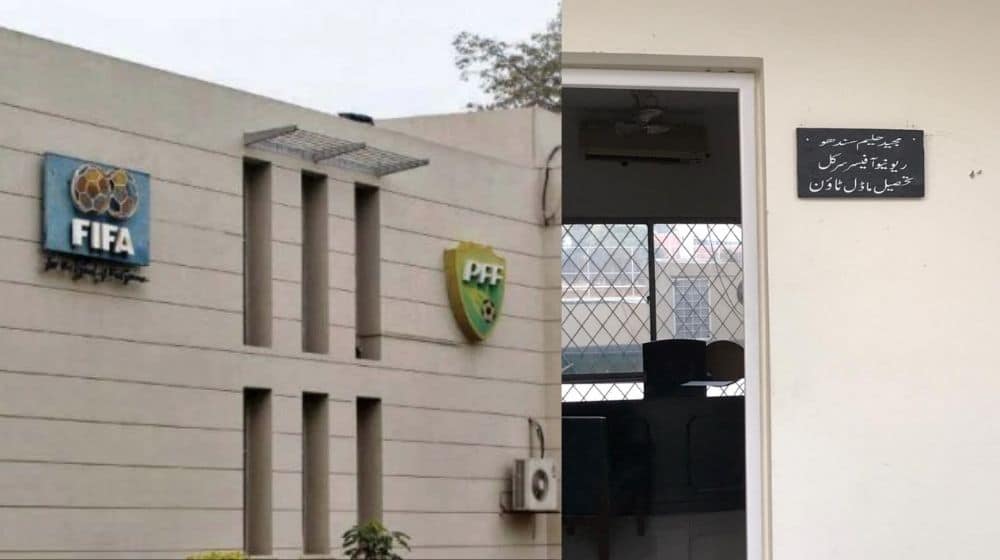 The Pakistan Football Federation (PFF) headquarters in Lahore has been converted into an office for Punjab’s Land Revenue Department.

The building had been sealed by the Deputy Commissioner (DC) of Lahore, Umer Sher Chattha, due to breaches in the lease agreement of the land. It is reportedly being used as a government office now, which explains its delayed return to the PFF.

The details of the situation were tweeted by FootballPakistan.com:

Pakistan Football Federation headquarters built with FIFA/PFF funding of over $750,000 is now housing babus from Punjab's Land Revenue department. @DCLahore had sealed the building when Ashfaq Shah group was ousted due to breaching terms of the land lease agreement. https://t.co/N8YxSCVCZg

Prime Minister Imran Khan had directed the government to resolve the issue in September 2021. The government had decided to return the PFF headquarters to the FIFA’s Normalization Committee (NC) but the process remains incomplete. It is also highly unlikely that the issue will be resolved soon as the Minister for Inter-Provincial Coordination (IPC), Fehmida Mirza, who is to oversee the handing back of the headquarters, is currently out of the country.

The long-standing dispute between the NC and the Ashfaq Shah group has negatively impacted football in Pakistan. The country has been banned by FIFA because of interference by third parties, and the suspension will only be lifted when control is restored to the FIFA-appointed NC.

However, it seems like FIFA’s ban will remain for a long time after the carelessness of the stakeholders.