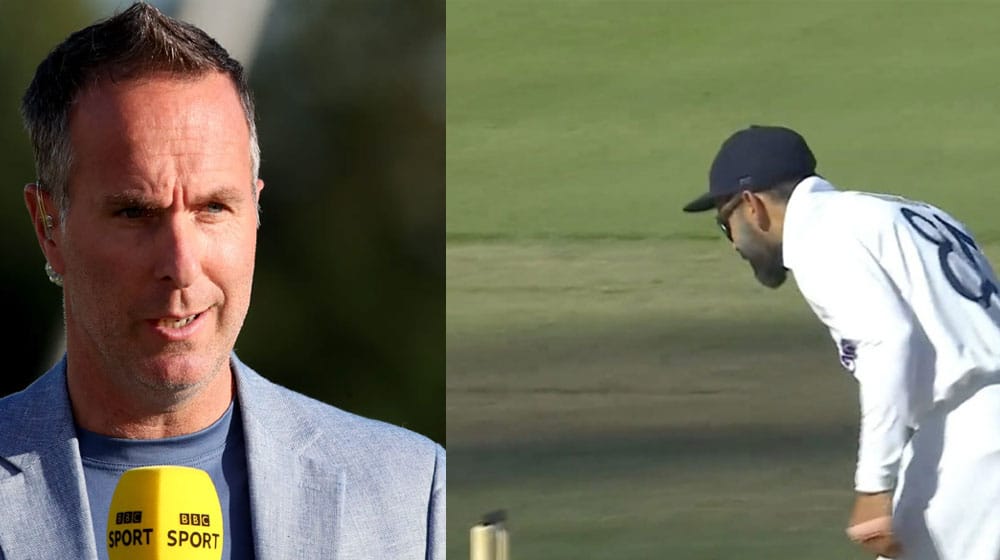 English commentator and former captain, Michael Vaughan has called on the International Cricket Council (ICC) to ‘stamp’ its authority on India’s Test captain, Virat Kohli, after his outburst against South African broadcaster, SuperSport.

Virat and his teammates used the stump mic to blast the broadcaster after an umpire’s decision was overturned during the third and the final Test between India and South Africa.

During the fourth innings of the third Test, umpire Marais Erasmus adjudged the South African captain, Dean Elgar, LBW on Ravi Ashwin’s delivery. Elgar reviewed the decision, which led to the decision being overturned.

This frustrated the Indian captain, who lashed out at the broadcaster.

“Focus on your team while they shine the ball. Not just the opposition. Trying to catch people all the time,” Kohli said, taking to the stump mic.

Speaking about the incident while commentating on the fifth Ashes Test on Fox Sports, the former English captain, Michael Vaughan, said that it was “very disgraceful from the Indian side.”

“Decisions go with you; they go against you, that didn’t go the way they think it should have gone”.

“Virat Kohli is a legend of the game, but that’s not the way to act in Test match cricket”.

“You have every right to get frustrated, but you can’t be like that being an international captain,” Vaughan said, adding that the ICC needs to step in.

“What do [should] they do?”, Adam Gilchrist, who was one of the panelists, asked.

“The ICC has to stamp this down. They have to stamp down on the Indian side. You can’t get away with talking down the stump microphone like Ravi Ashwin has done, and the Indian captain has done.”

Shane Warne conceded that the delivery did look like it should have been hitting the stumps.

“That’s going on to smash halfway up middle though. There is no way that’s going over, even Erasmus shook his head,” Warne said.

To this, Vaugh responded by saying, “Virat can’t act like that Warnie.”