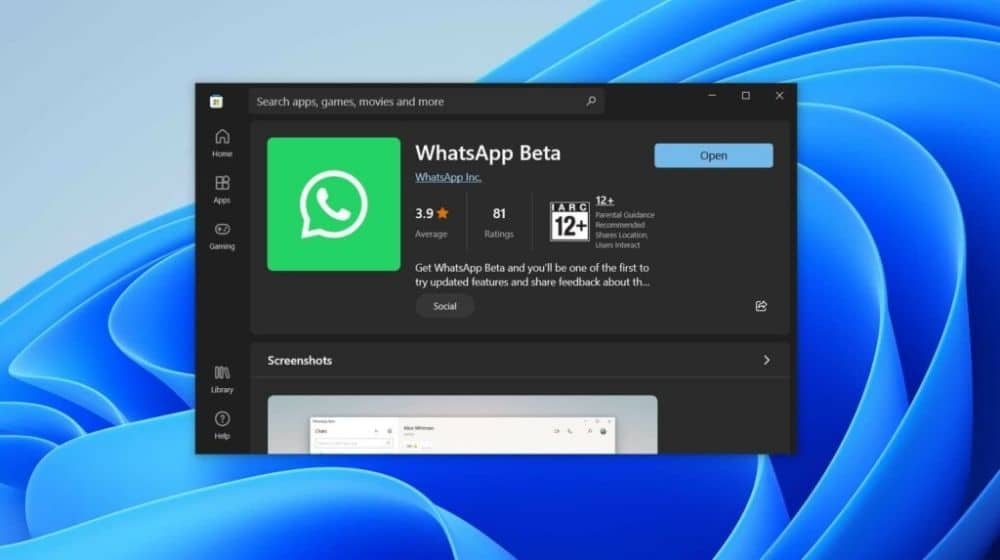 Over the past few months, WhatsApp has launched quite a number of interesting features to enhance the user experience. Each update has been well received so far and this year, the Meta-owned platform seems to be working in full gear to bless its users with a more personalized desktop app.

Back in 2021, we heard that WhatsApp is working on a standalone desktop app to be used on Windows. However, the app has been available to download for some time now via the Windows App Store, although still in beta. It was developed with an aim to have a dedicated Windows App, eliminating the need to rely on browsers like Google Chrome, Microsoft Edge, Firefox, or others to open and use WhatsApp Web.

The app is currently based on Universal Windows Platform (UWP) instead of Electron and packs inking and multi-device support. However, now, it appears that the development team wants to blend it with the Fluent Design of Windows 11.

This discovery was made by Windows leakster @FireCubeStudios in a tweet, who noticed the changed interface of the new beta version of WhatsApp for Windows

The changes can be seen in the rounded radio buttons, drop-downs, and more elements that seem to be more in line with the Windows 11 design code. Although it is definitely a work in progress and there are still some UI elements that are inconsistent with Windows 11 and still require work.

WhatsApp Desktop is also largely dependent on being used with your smartphone and is not entirely independent. So if you want to use WhatsApp on your PC without your smartphone’s support, WhatsApp Web via multi-device linking is your only choice as of now.