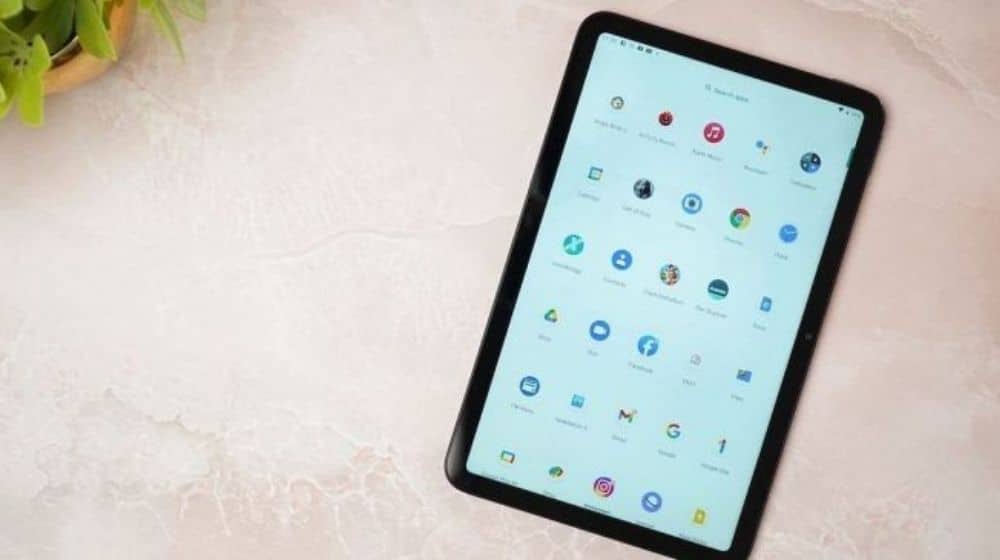 Vivo seems to be working at full gear to launch its first Android tablet to the market. In June last year, the company registered the trademark “Vivo Pad” with the European Union Intellectual Property Office (EUIPO), but it has not been confirmed yet if the device will be given the same name at launch. According to an official statement, the Chinese manufacturer’s much-anticipated tablet is likely to launch by the end of June.

Ahead of the official launch, a reliable leakster Digital Chat Station has revealed some key features and specifications of this upcoming device. 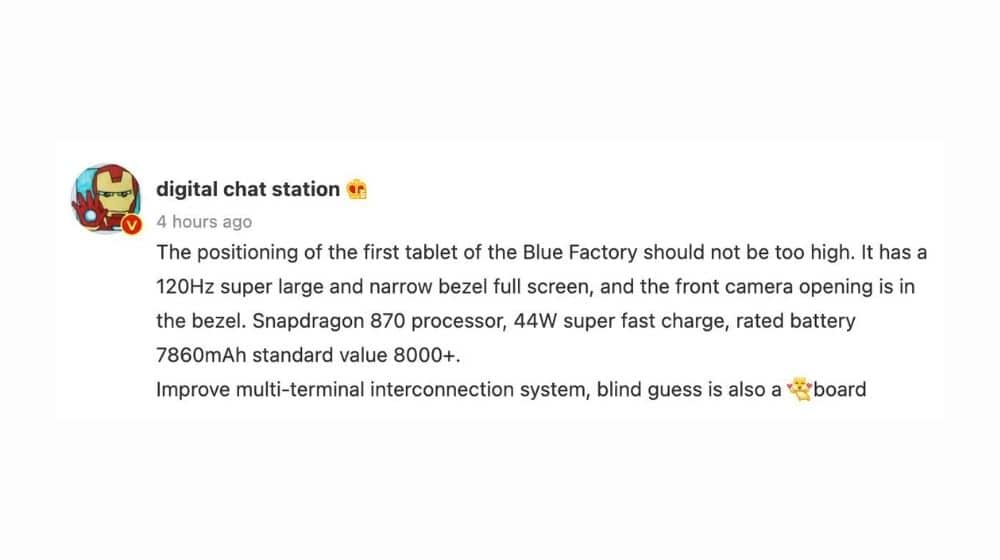 As per the new leaks, the Vivo tablet will house the Qualcomm Snapdragon 870 processor, under the hood, which is the exact same chipset that powers Xiaomi Pad 5 Pro as well as Lenovo Xiaoxin Pad Pro 2021.

The leaks further reveal that the Vivo Tab will flaunt a Full HD+ display that will offer a 120Hz refresh rate. The display will feature thin bezels and a punch-hole cutout housing the selfie camera. Further, a 7,860mAh battery is expected to power the Vivo Tab, which will support 44W fast charging.

As for the software department, the device is likely to run the company’s own OriginOS based on Android out-of-the-box. It will also have a terminal interconnection feature that will allow the user to share screens and content across all Vivo devices.

Unfortunately, there’s no news as of yet regarding the screen size, panel type, or the cameras of the impending Vivo tablet. Given that the tablet should be official by the end of June this year, we expect to know more about the product in the coming months.