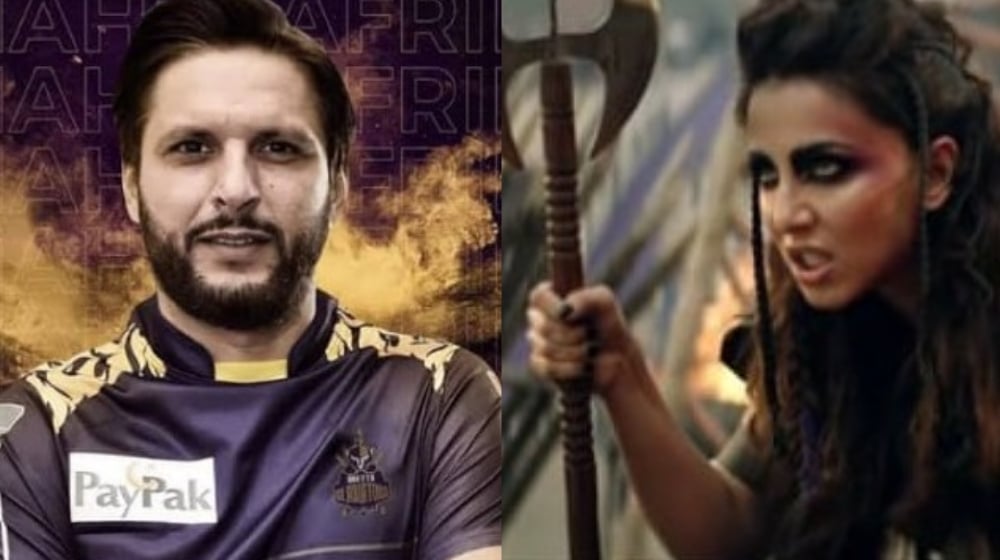 Quetta Gladiators have released their theme song of the year, titled ‘Shaan-e-Pakistan’. The anthem has been composed and sung by Strings’ Bilal Maqsood. Singer Ahmed Murtaza and the music band called ‘Some What Super’ have also lent their vocals to the song, while actress Ushna Shah and Shahid Afridi play the lead roles in the music video.

The music video represents the players and fans of the ‘Purple Force’ as armed fighters, turning the cricket field into a battleground. Ushna Shah can be seen as a Gladiator fan cheering for the team while Shahid Afridi comes out with the bat.

The dynamic anthem has been directed by Zuhair Malik and Shiraz Malik. According to the director Zuhair Malik, the video has been filmed in a limited time span of 24 hours which initially seemed like an impossible task.

The video creates an aggressive atmosphere as it channels the inner warriors of the Gladiator fans. It seems to align perfectly with the fervent feel of the song.