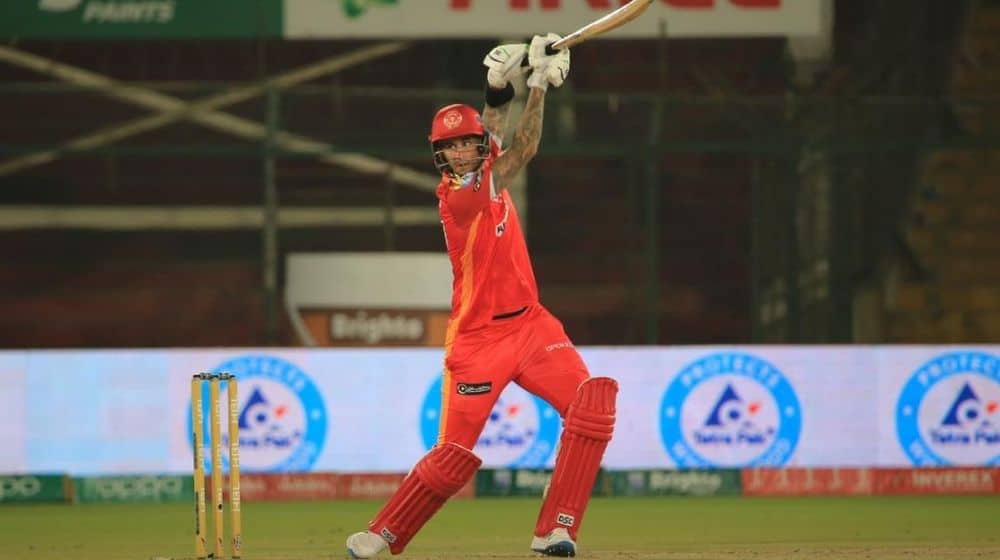 Hales will have to undergo a mandatory quarantine period of three days upon his arrival in the team’s bio-secure bubble. He will be allowed to take part in training activities after spending the required time in isolation subject to a negative COVID-19 test.

The flamboyant opening batter is one of the most high-profile signings of this season’s PSL and is part of Red Hot Squad’s explosive top-order which includes the likes of hard-hitting batters such as Paul Stirling and Colin Munro, who are also fully available for the tournament.

Alex Hales shared his excitement ahead of the upcoming season. He said, “PSL is a really high-quality league. The quality of local players, especially bowlers is really high and it makes the league extremely competitive. In this league, you don’t know which teams will qualify until the very last day and that makes it even more exciting.”

ALSO READ
Karachi Will Be Transformed Into a Sports City During PSL 7: Commissioner

Islamabad United further revealed that their star international players including Marchant de Lange, Paul Stirling, and Rahmanullah Gurbaz will also be joining the team’s bio-secure bubble soon and will be available for selection in their first fixture of the campaign.

Islamabad’s first match of the season will be against Peshawar Zalmi on 30 January at National Stadium Karachi.